Armenia and Azerbaijan agree on a ceasefire 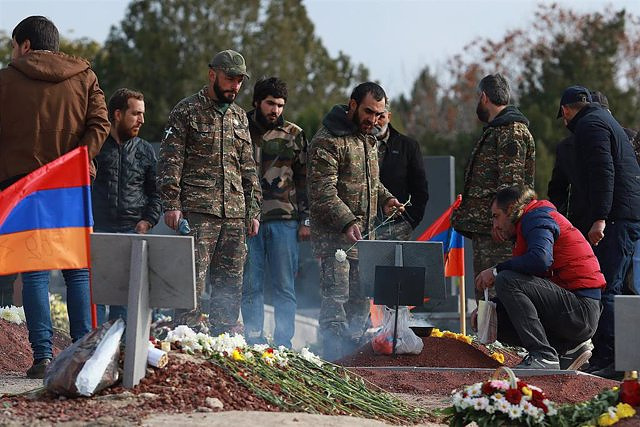 Armenia and Azerbaijan have signed a ceasefire agreement during the early hours of this Thursday to end the crusade that began on Tuesday and that has so far left a balance of 155 dead, according to a senior Armenian official.

The secretary in the United Nations Security Council for Armenia, Armen Grigoryan, has assured on the country's public television that, thanks to the help of the international community, an agreement has been reached for both sides to lay down their weapons.

"Thanks to the involvement of the international community, we agreed on a ceasefire with Azerbaijan starting at 8:00 p.m. (local time) on September 14," Grigoryan said, adding that he hopes Azerbaijan "continues to abide by the ceasefire." , according to 'News Am'.

Hours earlier, the Azerbaijani authorities offered Armenia a humanitarian ceasefire, despite the fact that it later accused the neighboring country of not accepting it.

However, the UN Security Council held a closed-door meeting on Wednesday to discuss the situation on the border between Azerbaijan and Armenia.

At the meeting, Russia stressed to the participants its own efforts and the work of the Collective Security Treaty Organization (CSTO) to end the conflict, Russia's permanent representative to the UN, Vasily Nebenzya, said in remarks. to the TASS agency.

Armenia and Azerbaijan staged a confrontation in 2020 to take control of Nagorno Karabakh, a territory with a majority Armenian population that has been a focus of conflict since it decided to separate in 1988 from the Azerbaijan region integrated into the Soviet Union.

Hostilities between the two countries lasted for six weeks and left thousands dead. They finally ceased when the two countries reached a Russian-brokered ceasefire agreement, allowing Russian peacekeepers to settle in Nagorno-Karabakh for a period of five years.

Now, during the early hours of last Tuesday, this territory was again the scene of clashes, in the framework of which more than 150 soldiers have already lost their lives, mostly from the Armenian side. Russia announced a ceasefire agreement on Tuesday, while Azerbaijan offered a humanitarian ceasefire on Wednesday.