Aragonès rules out elections and asks to give stability to the Government: "That the country wins"

He will name the new ministers "in the coming days". 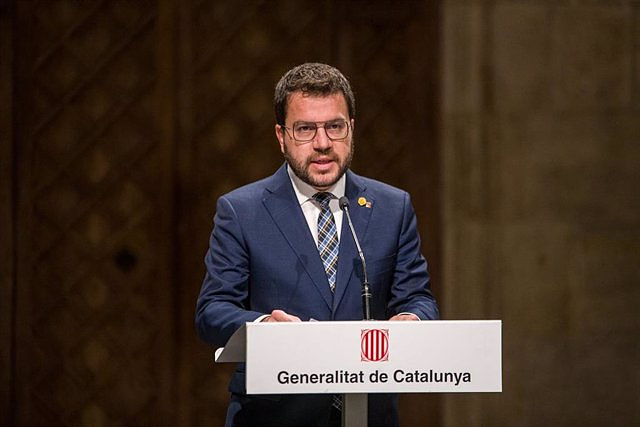 He will name the new ministers "in the coming days"

The president of the Generalitat, Pere Aragonès, has ruled out calling elections this Friday, has announced that in the coming days he will appoint the new Ministers of the Government after the departure of Junts from the Executive and has called on the rest of the formations to be up to the task to give him stability : "That the one who wins is the country", and has added that he will name the new ministers in the next few days.

He said it in an appearance from the Gòtica Gallery of the Palau de la Generalitat, after the bases of Junts have decided that the party break the coalition with ERC and leave the Government with 55.73% of the votes in the consultation to the militancy that they have celebrated between Thursday and this Friday.

Aragonès, who has already begun to receive the resignations of the Junts ministers, has been meeting this Friday afternoon with his closest team to analyze the scenario that opens up with a solo ERC Government with 33 deputies.