The investigation of these recorded conversations could be done in a new separate piece. 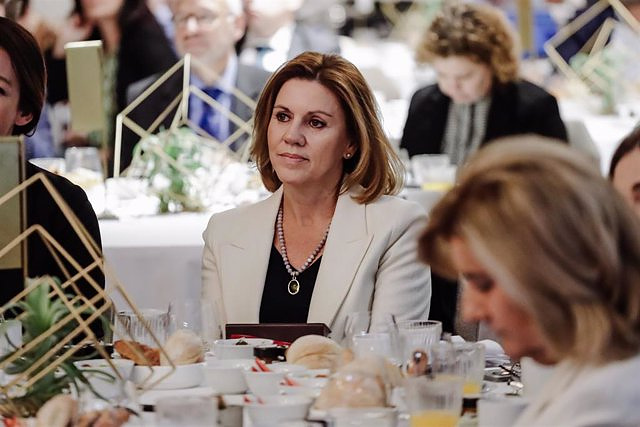 The Anti-Corruption Prosecutor's Office has positioned itself in favor of investigating the latest known audios about the conversations between the retired commissioner José Manuel Villarejo and the former general secretary of the PP María Dolores de Cospedal in relation to what is known as 'Operation Kitchen', about the alleged spying on former 'popular' treasurer Luis Bárcenas.

According to the legal sources consulted by Europa Press, this is what Anticorrupción states in a letter where it responds to the head of the Central Court of Instruction Number 6, Manuel García Castellón, after the magistrate transferred to the Public Prosecutor's Office a letter presented by the PSOE in that sense "so that with his knowledge he manifests what is appropriate to his right".

The sources explain that these recorded conversations cannot be investigated in the separate section for 'Kitchen', given that it was definitively closed when the Criminal Chamber of the National High Court (AN) rejected numerous appeals --including those of Anticorruption and the PSOE-- who demanded to reopen this line of investigation to delve into the so-called 'political plot'.

In this procedural framework, it is not yet clear how these audios could be investigated, although the sources indicate that one option would be to add a new separate piece to the macro-cause about the retired commissioner, 'Tándem', already made up of more than thirty.

The socialist accusation argued in its letter that "it is not advisable but absolutely necessary" to reopen an investigation that ended on July 29, given "the new data made public and unknown to date."

The PSOE was referring to the audios published by 'El País', in which Cospedal asked Villarejo, in a conversation in January 2013, to "stop" the matter of Bárcenas' "little book", expressing his concern that the papers of the former treasurer were in the hands of journalists.

For the popular accusation of the PSOE, the published recordings reveal the participation of the former 'popular' leader in 'Kitchen', for which he understands that, "if the indications were not enough", now "the possibility opens (. ..) to investigate the audios, verify their veracity and, depending on what is discovered, process or clear Mrs. Cospedal's name".

Cospedal was charged for about two months because then the instructor suspected that she and her husband, businessman Ignacio López del Hierro, could have had a direct intervention in the recruitment of Sergio Ríos, former driver of the Bárcenas, as a spy for the 'Kitchen' , but at the end of the investigations, he left both out of the case, considering that there was not enough evidence against him.

Along the same lines, Podemos asked García Castellón to incorporate into 'Kitchen' the audios of the conversations between Villarejo and Cospedal, estimating that the latter could not only have known but also participated in the alleged maneuvers to "manufacture" evidence against the party and its leaders.

In his case, the 'purple' formation referred to an audio broadcast on July 7 by 'El País' that reflects a talk that Villarejo and Cospedal would have had on May 5, 2017 in relation to the so-called 'PISA Report', where the commissioner offers "a topic of the host against Podemos" to the then Minister of Defense and she replies that she wants it because "it is a bomb".

It was on April 20 when the Criminal Chamber supported García Castellón's decision to terminate the 'Kitchen' investigation, denying the requests for reopening aimed at determining whether the order to spy on Bárcenas came from the then Minister of the Interior, Jorge Fernández Díaz, or came from above.

The magistrates thus confirmed the order in which the head of the Central Court of Instruction Number 6 concluded that the alleged espionage on Bárcenas and his entourage, which would have been launched between 2013 and 2015 by the Ministry of the Interior to steal the sensitive information that could have on the PP and its leaders, it existed and was successful.

‹ ›
Keywords:
María Dolores De CospedalLuis BárcenasPPCorrupciónComisario Villarejo
Your comment has been forwarded to the administrator for approval.×
Warning! Will constitute a criminal offense, illegal, threatening, offensive, insulting and swearing, derogatory, defamatory, vulgar, pornographic, indecent, personality rights, damaging or similar nature in the nature of all kinds of financial content, legal, criminal and administrative responsibility for the content of the sender member / members are belong.
Related News