The Spanish international center-back seeks to have more prominence in another team. 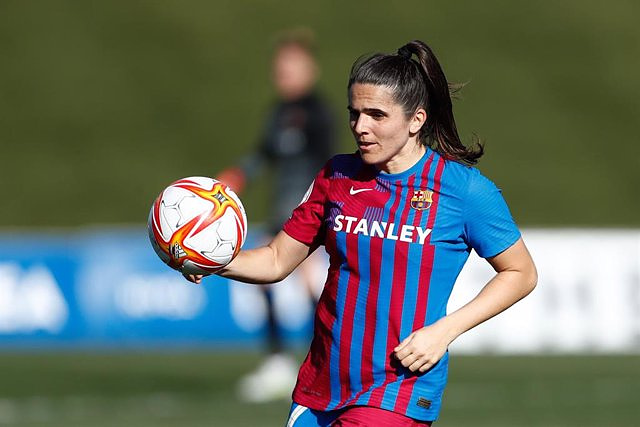 The Spanish player Andrea Pereira has reached an agreement with FC Barcelona to terminate the contract she had signed until the end of this season and thus ends a four-season stage as a Blaugrana.

"FC Barcelona and Andrea Pereira have reached an agreement to terminate the contract that the player had with the club until the end of the 2022/23 season," the Blaugrana club announced.

In this sense, the Blaugrana club wanted to publicly express its "thank you" to Pereira for his "commitment" and his "dedication". "The club wishes him the best of luck and success in the future, both on a sporting and personal level," said the entity.

The 28-year-old central defender joined Barça in the summer of 2018 and in these four full seasons he has played 132 official matches.

His track record includes 1 'Champions League', 3 Leagues, 3 Queen's Cups, 2 Spanish Super Cups and 1 Catalunya Cup. However, the arrival of Irene Paredes made him jump out of the starting eleven regularly and lose weight in the central axis of the defense for the coach, Jonatan Giráldez.

‹ ›
Keywords:
Fútbol Club BarcelonaMujer Y Deporte
Your comment has been forwarded to the administrator for approval.×
Warning! Will constitute a criminal offense, illegal, threatening, offensive, insulting and swearing, derogatory, defamatory, vulgar, pornographic, indecent, personality rights, damaging or similar nature in the nature of all kinds of financial content, legal, criminal and administrative responsibility for the content of the sender member / members are belong.
Related News