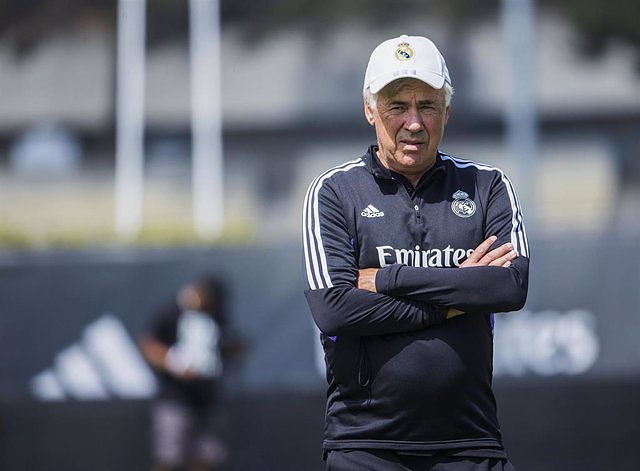 The Real Madrid coach, Carlo Ancelotti, celebrated having completed a "good preseason" that allows them to arrive "with confidence to win the European Super Cup, which will be played on August 10 in Helsinki, at the same time that he assured that the team it has to "rest" now, because it has arrived "charged".

"We have finished this first part of the season well, with a good game and an improvement compared to the previous game. The team is used to playing with those who have played in the past. We are focused on the European Super Cup. We have trained well and we have put minutes on the players' legs. Everything has gone well", celebrated the Italian coach to the club's official media after beating Juventus (2-0) in the last preparation match in the United States.

Ancelotti pointed out that the balance of this American tour is "very positive" because there have been no injuries. "We have only had Carvajal's sprain. The team has worked well and we have had no problems. It has been a well-done pre-season and now we are confident to win the European Super Cup", he highlighted.

"Now we have to rest because the team has arrived loaded. We will start the normal work that we do every week," said Ancelotti, who after the pre-season matches against FC Barcelona, ​​América and Juventus already has the European Super Cup on 10 December in mind. August in Helsinki against Eintracht, with the first title of the season at stake.

Finally, the Italian coach praised the support of the Whites' fans, who were "spectacular" in the match held at the Rose Bowl in Pasadena. "The effect of the 'Decimocuarta' is still alive and the Real Madrid fans are spectacular anywhere in the world. They love us very much and coming here has been very nice", he concluded.

‹ ›
Keywords:
Real MadridFinlandia
Your comment has been forwarded to the administrator for approval.×
Warning! Will constitute a criminal offense, illegal, threatening, offensive, insulting and swearing, derogatory, defamatory, vulgar, pornographic, indecent, personality rights, damaging or similar nature in the nature of all kinds of financial content, legal, criminal and administrative responsibility for the content of the sender member / members are belong.
Related News