Ancelotti: "It's normal for Asensio to get angry" 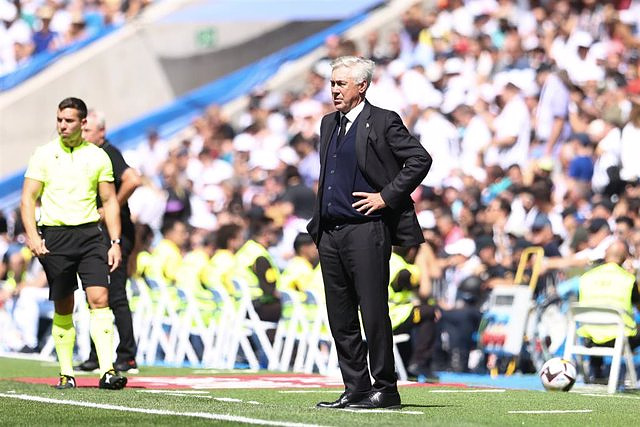 The coach of Real Madrid, Carlo Ancelotti, has assured that he understands that Marco Asensio is angry for not finally entering the field of play in the victory against Mallorca at the Santiago Bernabéu (4-1), stating that he "totally agrees" with him, and praised the fact that the team had "kept a cool head" to turn the game around after the Balearic team's early goal.

"I was prepared to bring in Mariano and Asensio if we didn't score the second, but Lucas Vázquez was injured and with only one window I didn't think about bringing in another player. Asensio is angry and it's normal to get angry, it means he wants to play. In this period he has been the most affected player in the squad and I take that into account. He is an important player and I totally agree with his anger. Nothing happens", he declared at a press conference.

Regarding the criticism of the vermilion players to Vinícius for his attitude, the Italian coach took the iron off the matter. "He is a special player because of the way he plays, although sometimes because of his way of playing the rival can get angry. He always tries to dribble whether the team is winning or losing. Sometimes when a rival is losing he can get more angry than usual. These are things of football and with his experience little by little he is going to learn", he underlined.

"The referee must be respected in every way. Vinícius has extraordinary quality and the rivals with him are a little more aggressive than normal. He does not have to change anything in his attitude, since he respects the rivals and the referee a lot. . If he doesn't do it, he has to do it," he continued.

Out of controversy, he stays "with the first three goals." "They have been of great quality. For me the best has been the most important, the combination between Rodrygo and Vinícius. From then on, everything was easier. The match was complicated by many things: the heat, fitting in goal from a set piece... In the end we kept a cool head and little by little we turned the game around and won", he continued.

He also praised the Uruguayan Fede Valverde, author of the first white goal. "One is a leader when he is an example and Federico is very important to us. He is doing very well and remains very humble. That can help you to be a fantastic leader for the future. We have many who can be leaders by example. and not with the tongue. That's very important," he said.