An embezzlement reform would benefit a dozen procés leaders, Griñán and others convicted by the ERE

It would force a review of hundreds of sentences in various courts, such as those of 'Gürtel' or 'Noos'. 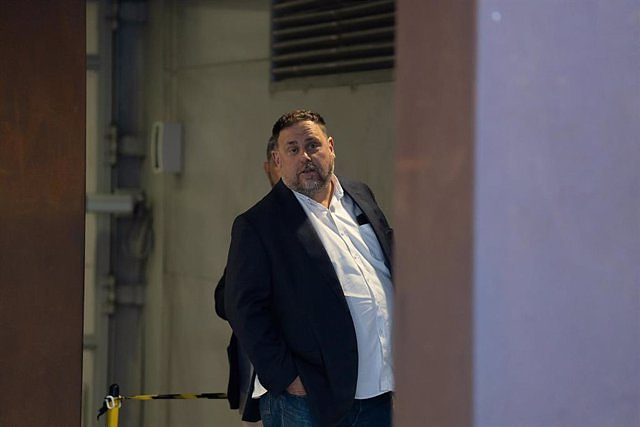 It would force a review of hundreds of sentences in various courts, such as those of 'Gürtel' or 'Noos'

An eventual reform of the crime of embezzlement such as the one pointed out by United We Can, when some members of the Government consider that the current regulation "is not fair" because the cases in which there is personal gain and those that do not, are punished equally, could benefit a dozen of independence leaders, among them the former Catalan vice-president Oriol Junqueras, as well as those convicted of the ERE, including the former Andalusian president José Antonio Griñán, and, in general, those sentenced for this crime.

The legal sources consulted by Europa Press explain that the principle of retroactivity in favor of the inmate would make it necessary to review the sentences handed down for embezzlement in order to study the effects of the aforementioned reform, which could range from a reduction in sentences for this same offense to criminal acts in other types, such as misappropriation or unfair administration, depending on how the criminal reform was drafted.

It should be remembered that currently the Criminal Code (CP) punishes embezzlement in its article 432 with penalties of between 2 and 12 years in prison for those who, having powers to administer public assets, "infringe them by exceeding in the exercise of the same and, in that way, cause damage to the managed assets".

Among those directly benefiting from the eventual reform would be the four independence leaders convicted by the Supreme Court (TS) for sedition but also for embezzlement: Junqueras, who received 13 years in prison and 13 years of disqualification; and former directors Raül Romeva, Jordi Turull and Dolors Bassa, who were sentenced to 12 years in prison and disqualification.

In his case, the prison sentences were pardoned, but those of disqualification remain in force, which will also have to be reviewed if the General Courts approve the PSOE and United We Can proposal to eliminate sedition to create a new type of "aggravated public disorder". ".

In addition to those already convicted, a reform of the embezzlement would affect the former Catalan president Puigdemont and the former councilors Toni Comín, Clara Ponsatí and Lluís Puig, all of them fled but claimed by the instructor of the 'procés', Pablo Llarena, for said crime and that of sedition

Added to them are the former senior officials of the Vice-presidency and Economy ministries, Josep Maria Jové and Lluís Salvadó, prosecuted by the Superior Court of Justice of Catalonia (TSJC) for alleged crimes of disobedience, prevarication and embezzlement by the organization of the 1- EITHER.

A dozen people who were sentenced for the management of the Andalusian ERE could also benefit, including Griñán. Last September, the Supreme Court confirmed for them prison sentences of up to 7 years and 11 months in prison for a crime of prevarication in medial competition with embezzlement of public funds.

Some of those convicted of the 'Noos case' could, in turn, be graced with the measure, including the former Duke of Palma and former president of the Noos Institute Iñaki Urdangarin, who is sentenced to 5 years and 10 in prison - -and 7 years and 6 months of absolute disqualification-- for a continued crime of prevarication in medial competition with embezzlement, influence peddling and crime against the Public Treasury.

Urdangarin, since June 2021, has had permission from Penitentiary Institutions to go to the Zaballa prison (Álava) only one day a week thanks to the telematic control modality by which he is serving the final stretch of his sentence in semi-liberty, a decision that is added to the judicial authorization to be able to leave Spain for work reasons.

Within the framework of this procedure, the former vice president of the Noos Institute, Diego Torres, was also sentenced to 5 years and 8 months in prison --and 4 years of absolute disqualification-- for prevarication in medial competition with embezzlement and a crime against the Public Treasury. If the United We Can initiative prospers, his situation and that of the former president of the Balearic Government Jaume Matas, also convicted in the 'Noos case' for embezzlement, could be affected.

The aforementioned sources emphasize that it is a key crime in the fight against corruption, so any change will have a full impact on macro-causes such as 'Gürtel', 'Púnica' or 'Lezo'.

Thus, the review would also affect the 13 convicted of embezzlement in the sentence handed down by the National High Court (AN) for what is known as Época I de 'Gürtel'. Among the beneficiaries would be the ringleader of the plot, Francisco Correa; his 'number two', Pablo Crespo; the former mayor of Majadahonda Guillermo Ortega; or the denouncer of 'Gürtel' José Luis Peñas.

They would be joined by the administrator of part of the companies in the plot, Isabel Jordán, the former mayor of Pozuelo de Alarcón Jesús Sepúlveda, the person in charge of billing the 'Gürtel' companies José Javier Nombela or the former deputy minister of the Presidency of the Community of Madrid Alberto López Viejo.

The sentences imposed on Correa and Jordán by the AN in another of the pieces of 'Gürtel' would also be affected: the one related to the actions of the plot in the Madrid municipality of Boadilla del Monte. Among the hypothetical beneficiaries are former mayor Arturo González Panero.

Continuing with 'Gürtel', Crespo and Correa would also win in relation to the sentence imposed by the AN for the Pope's visit to Valencia in 2006. Among those also convicted of embezzlement for this matter are Álvaro Pérez, alias 'El Bigotes' , the former director of Radio Televisión Valenciana (RTVV) Pedro García Gimeno and the vice president of TECONSA José Luis Martínez Parra.

Regarding 'Lezo', this change could affect the defendants who will be tried as of May 24 in the first trial of this case, which will focus on the purchase of the Colombian company Inassa by Canal de Isabel II (CYII) in 2001 to determine whether, as the different accusations maintain, a "surcharge" was paid at the expense of the public coffers.

Among the defendants who could benefit are the former Madrid councilors Pedro Calvo and Juan Bravo, former collaborators of the former mayor of Madrid and regional president Alberto Ruiz-Gallardón, as well as several technicians and former councilors of the public water company and managers and intermediaries in the operation.

Continuing with causes of corruption, the reform would also affect the ruling that will be issued once the trial for the alleged actions of 'Púnica' in León, which began last week in the AN, and which places the alleged ' achiever' of the plot, the businessman Alejandro de Pedro, as well as two former Popular Party officials in that province, the former president of the Diputación Martín Marcos Martínez and the former chief of staff Pedro Vicente Sánchez.

‹ ›
Keywords:
EREPodemosOriol Junqueras
Your comment has been forwarded to the administrator for approval.×
Warning! Will constitute a criminal offense, illegal, threatening, offensive, insulting and swearing, derogatory, defamatory, vulgar, pornographic, indecent, personality rights, damaging or similar nature in the nature of all kinds of financial content, legal, criminal and administrative responsibility for the content of the sender member / members are belong.
Related News