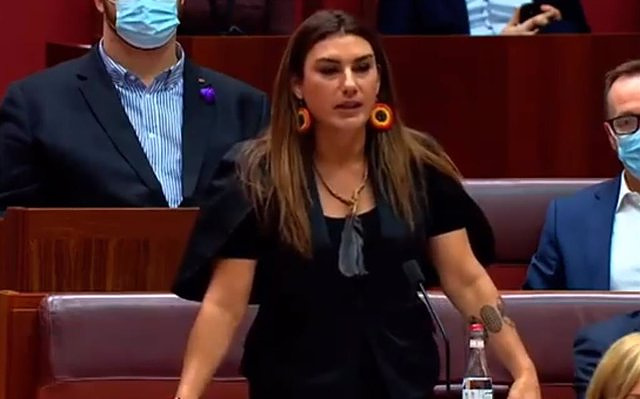 Indigenous Australian Senator Lidia Thorpe has had to repeat her inaugural oath as a congresswoman because she referred to Queen Elizabeth II, who is formally Australia's head of state, as a "settler".

"You will not be a senator until you do it right!" One of the senators snapped after Thorpe's oath, who was warned by the president of the Senate to repeat the inauguration formula, reports the Australian press.

The environmentalist senator did not attend the official inauguration last week, so she took office alone on Monday morning. She addressed the dais with her fist raised and recited the phrase: "I, Lidia Thorpe, as Sovereign, do solemnly and sincerely swear that I will be faithful and render true allegiance to her colonizing majesty, Queen Elizabeth II."

The President of the Senate, Labor Sue Lines, intervened to stop the angry criticism of other senators. "You have to recite the oath that appears on the card. Please recite it," she has summoned her. Thorpe has then confronted another Labor senator over criticism of him, although he has finally read the sentence as it was written. "None of us like it," another senator snapped after the oath.

Later, Thorpe herself has posted on Twitter that "I have never relinquished sovereignty." Thorpe has recently criticized the Australian flag as "representing the colonization of these lands". "There is no consent or treaty, so that flag does not represent me," she explained in statements to Channel 10.

His intention is to go to Parliament to "question the illegitimate occupation of the colonial system in this country." "I am here for my people and I will sacrifice myself by swearing allegiance to the colonizer so that I can be in the media as I am right now, to enter Parliament as I am," he said.

‹ ›
Keywords:
Australia
Your comment has been forwarded to the administrator for approval.×
Warning! Will constitute a criminal offense, illegal, threatening, offensive, insulting and swearing, derogatory, defamatory, vulgar, pornographic, indecent, personality rights, damaging or similar nature in the nature of all kinds of financial content, legal, criminal and administrative responsibility for the content of the sender member / members are belong.
Related News