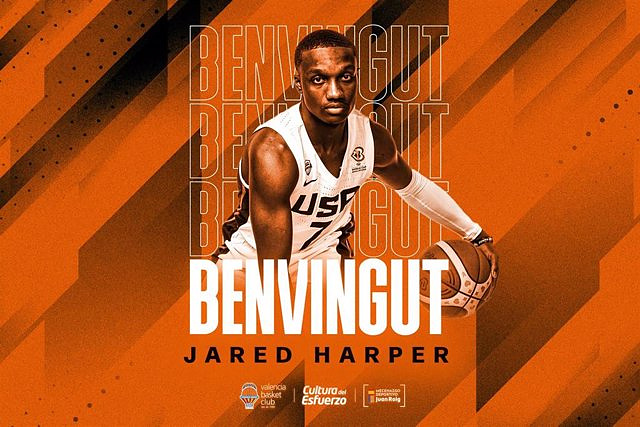 The American base Jared Harper is the fifth and last signing of Valencia Basket for next season, after alternating last season with the New Orleans Plicans in the NBA and in the Birmingham Squadron of the development league, according to the club 'taronja ' it's a statement.

Harper, 24, averaged 7.4 points and 2.8 assists for the New Orleans Pelicans in the NBA last season and, for his G-League affiliate, 21.2 points, 3.4 rebounds and 6 assists. .3 assists, with more than 40 percent success in the triple.

In addition, this same summer he played the Las Vegas Summer League with the Pelicans, with whom he scored 17.5 points per night, with 4.2 assists and 1.5 recoveries on average. Jared Harper is an international with the United States and played the qualifying windows for the World Cup in February, playing two games in which he averaged 7 points and 5.5 assists.

He appeared for the 2019 Draft, where, despite not being chosen, he signed with the Phoenix Suns, the team with which he debuted in the NBA. After playing a few games, he was moved to the linked team, the Northern Arizona Suns, with whom he scored over 20 points per game. That caught the attention of the New York Knicks, with whom he continued his NBA career in the 2020 season. Last year, and after being in the best quintet in the G-League, he signed for the Pelicans.

This is the fifth signing of Valencia Basket, after those of Chris Jones, Jonah Radebaugh, Kyle Alexander and James Web III, in addition to the arrival of Álex Mumbrú on the bench. With his arrival, the team completes a squad made up of 15 players, as announced by the club itself in its statement.