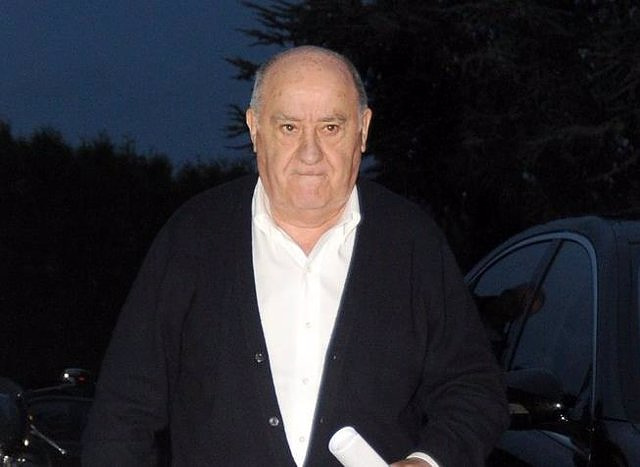 The founder of Inditex, Amancio Ortega, has bought, through Pontegadea, a second logistics asset in the United States, specifically a distribution center in Philadelphia (Pennsylvania), for an amount of 148 million dollars (about 147 million euros) , as they have confirmed to Europa Press in sources familiar with the operation.

This is the second logistics asset that the founder of Inditex acquires in the North American country after last August he took over a platform occupied by the company FedEx in Menomonee Falls in Wisconsin (United States) for an amount of 35 million dollars (about 34 million euros).

Specifically, this second logistics asset, acquired from a subsidiary of Realty Income and rented from the American department store firm TJX, has an area of ​​more than 90,000 square meters.

Other recent operations of the founder of Inditex, announced at the end of July, have been the purchase of a 49% stake in Repsol's 'Kappa' photovoltaic complex, located in Manzanares (Ciudad Real), for an amount of 27 million euros , and the acquisition of 5% of Enagás Renovable.

The Pontegadea Group, which brings together all the holding companies owned by Amancio Ortega, its subsidiaries dedicated to the real estate business and other financial holdings, closed the 2021 financial year with a net profit of 1,606 million euros, which means multiplying by more than two obtained a year earlier, which stood at 666 million euros.

Said benefit includes the results obtained from the sale of the Telxius tower division to American Tower, carried out in January 2021, according to the investment arm of the founder of Inditex, which recorded capital gains of around 331 million euros for said operation.

Likewise, the Pontegadea group closed the 2021 financial year with a turnover of 1,970 million euros, which represents an increase of 53.7% compared to the 2020 financial year.

The turnover is made up of the dividends received from Inditex and the rest of the investee companies, together with the income generated by the management of the group's real estate portfolio.

Thus, to the 1,294 million euros of dividends from Inditex, in 2021 there have been added 29 million from other investee companies and 647 million from the real estate business.

The consortium's real estate portfolio closed 2021 with a market valuation of 15,264 million euros, compared to 14,075 million euros in 2020, according to independent appraisals carried out in each of the markets.

The founder of Inditex invests part of the dividends he receives from the textile company in the real estate sector through his investment firm Pontegadea Inmobiliaria.

In fact, Ortega owns the largest Spanish real estate company, with a portfolio of real estate assets made up mainly of non-residential office buildings located in the center of large cities in Spain, the United Kingdom, the United States and Asia.

‹ ›
Keywords:
Estados UnidosInditexAmancio Ortega
Your comment has been forwarded to the administrator for approval.×
Warning! Will constitute a criminal offense, illegal, threatening, offensive, insulting and swearing, derogatory, defamatory, vulgar, pornographic, indecent, personality rights, damaging or similar nature in the nature of all kinds of financial content, legal, criminal and administrative responsibility for the content of the sender member / members are belong.
Related News