Alonso: "Ocon was quite aggressive on that first lap" 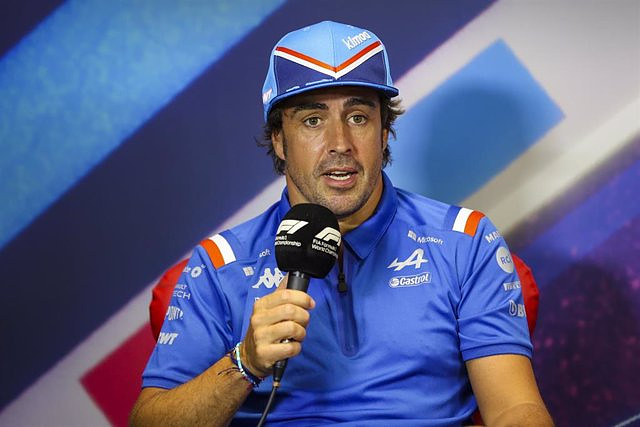 The Spanish driver Fernando Alonso (Alpine) pointed out this Sunday that the eighth place achieved in the Hungarian Grand Prix "is good, after a lot of struggle", while assuring that his teammate, Esteban Ocon, was "quite aggressive " to defend his position against the Spaniard.

"Each point costs. We started in a good position, but it has cost us to score points. Eighth place is fine, after a lot of struggle. The rain at the end brought a lot of stress when we didn't need it," Alonso analyzed in statements to Dazn.

The Asturian driver crossed the Hungaroring finish line in eighth place, ahead of his teammate, who, however, firmly defended his position against Alonso during the start. "I had to lift in turns one, two and five, it was quite aggressive on that first lap. I lifted and that way we didn't touch, in the end he let me pass and we finished eighth and ninth," said the Spaniard, who stressed that "I important is to be close to Mclaren".

‹ ›
Keywords:
Fernando AlonsoHungríaFormula 1
Your comment has been forwarded to the administrator for approval.×
Warning! Will constitute a criminal offense, illegal, threatening, offensive, insulting and swearing, derogatory, defamatory, vulgar, pornographic, indecent, personality rights, damaging or similar nature in the nature of all kinds of financial content, legal, criminal and administrative responsibility for the content of the sender member / members are belong.
Related News