Algeria, Nigeria and Niger agree to build a gas pipeline through the Sahara 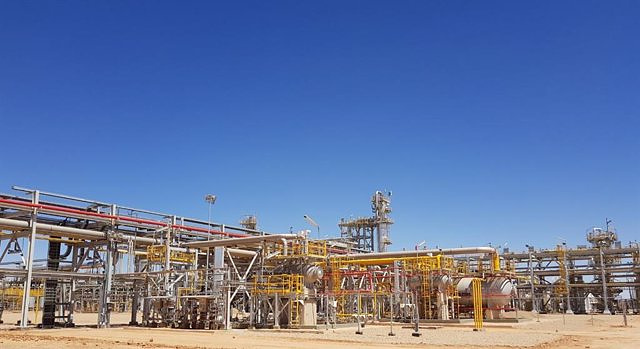 Algeria, Nigeria and Niger have agreed on Thursday to build a trans-Saharan gas pipeline (TSGP) with the signing of a memorandum of understanding through which Europe will be able to access natural gas reserves from the three countries.

The Algerian Minister of Energy and Mines, Mohamed Arka, has assured that "the three countries will continue talks to start the project as soon as possible", as reported by the Algerian news agency APS.

The 4,000 kilometer gas pipeline will link the town of Warri, in Nigeria; with Hassi R'Mel, in Algeria, via Niger. It will have the capacity to supply 30,000 million cubic meters of gas to Europe and it is estimated that the cost of its construction will be 12,755 million euros (13,000 million dollars).

"We are making sure that this project moves forward quickly, because it will solve issues related to energy security," Nigerian Oil Resources Minister Timipre Silva said.

Likewise, he recalled that the realization of this project, launched in 2009, has taken "a long time", and has assured that his country "has already started the construction of this pipeline in its territory".

For his part, Niger's Minister of Energy, Mahamane Sani Mahamadou, stressed the "personal commitment" of his country's president, Mohamed Bazoum, to "carry out" this project of "critical importance for our three countries".

"This is the third time we have met after the Niamey meeting in February and the Abuja meeting in June, and we are very optimistic," added Mahamadou.

In 2009, a preliminary agreement was signed for the construction of the gas pipeline, but the talks stalled, until recently when the three countries reactivated the project due to the geopolitical situation, on the sidelines of a strong demand for gas due to the war in Ukraine.

‹ ›
Keywords:
SáharaArgeliaNigeria
Your comment has been forwarded to the administrator for approval.×
Warning! Will constitute a criminal offense, illegal, threatening, offensive, insulting and swearing, derogatory, defamatory, vulgar, pornographic, indecent, personality rights, damaging or similar nature in the nature of all kinds of financial content, legal, criminal and administrative responsibility for the content of the sender member / members are belong.
Related News