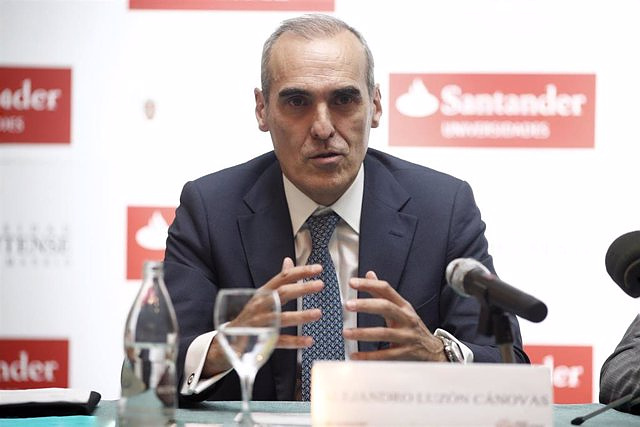 The current chief prosecutor for Anticorruption, Alejandro Luzón, presented his request last Friday to renew as the head of that Prosecutor's Office for a second term, according to what legal sources have informed Europa Press.

The sources consulted by this news agency explain that although the first plenary session of the new Fiscal Council is held this Wednesday, it is most likely that there will not be time to allocate the new positions at stake. However, two more plenary sessions are expected to be held this September.

Luzón was appointed Chief Anticorruption Prosecutor in July 2017 at the proposal of the then State Attorney General José Manuel Maza. The Fiscal Council backed Luzon with a total of 8 of the votes, being supported by the six councilors representing the conservative Association of Prosecutors and also by the then chief prosecutor of Inspection and the chief prosecutor of the Supreme Court, Luis Navajas.

Luzón, born in Madrid in 1964, entered the tax career in 1989 and was a member of the General Technical Secretariat of the State Attorney General's Office. He has extensive experience in Anticorruption, as he was assigned to it in 1995. His first assignment was the Provincial Court of Toledo and he passed through the Superior Court of Justice of Madrid before joining the department that he directs in the present.

He is known for having been the prosecutor of the 'Bankia case', among whose pieces was the one that judged those involved for the use of 'black' cards, as well as the trial against the general director of the Civil Guard Luis Roldán or the well-known such as Afinsa, Occidental Hotels, Alierta, Eurobank, Huarte or Reserved Funds in which the leadership of the Ministry of the Interior of the Government of Felipe González was sentenced.

‹ ›
Keywords:
Corrupción
Your comment has been forwarded to the administrator for approval.×
Warning! Will constitute a criminal offense, illegal, threatening, offensive, insulting and swearing, derogatory, defamatory, vulgar, pornographic, indecent, personality rights, damaging or similar nature in the nature of all kinds of financial content, legal, criminal and administrative responsibility for the content of the sender member / members are belong.
Related News