Alegría trusts that the Judiciary will comply with the law: "It is not a debate or a capricious question" 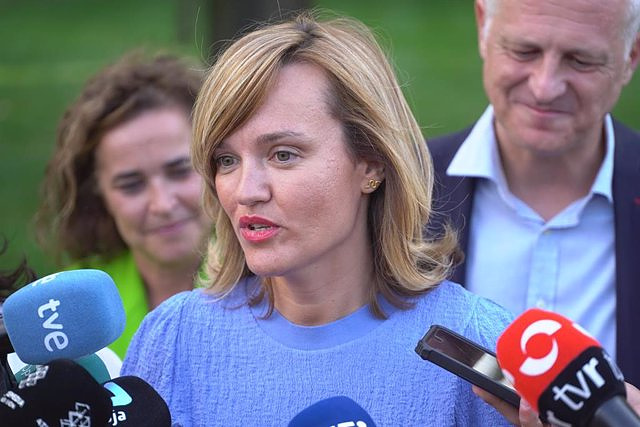 The Minister of Education and Vocational Training, Pilar Alegría, has transferred this Tuesday her confidence that the Judiciary complies with the law and the Constitution and appoints the two magistrates of the Constitutional Court (TC) because "it is not a debate" nor of a "capricious question".

In these terms, she expressed herself in an interview on TVE, collected by Europa Press, when asked about the statements by the President of the Supreme Court (TS) and the General Council of the Judiciary (CGPJ), Carlos Lesmes, in which he recalled the "institutionality" of the Council to the more conservative members who maintain that "appointments must be boycotted".

"The only thing I can expect from a Judiciary, as its own president said, is compliance with the law and the Constitution," said the minister, while emphasizing that it is what, on the other hand, they have been requesting from the Government also with the renewal of the General Council of the Judiciary (CGPJ).

All in all, the PSOE's national spokesperson has asserted that the conclusion she draws from Lesmes' words is that "it is up to them to make a proposal for two names before September 13 and, as seems logical and normal, they will comply with what the law dictates." ".

‹ ›
Keywords:
Tribunal ConstitucionalEducaciónPilar Alegría
Your comment has been forwarded to the administrator for approval.×
Warning! Will constitute a criminal offense, illegal, threatening, offensive, insulting and swearing, derogatory, defamatory, vulgar, pornographic, indecent, personality rights, damaging or similar nature in the nature of all kinds of financial content, legal, criminal and administrative responsibility for the content of the sender member / members are belong.
Related News