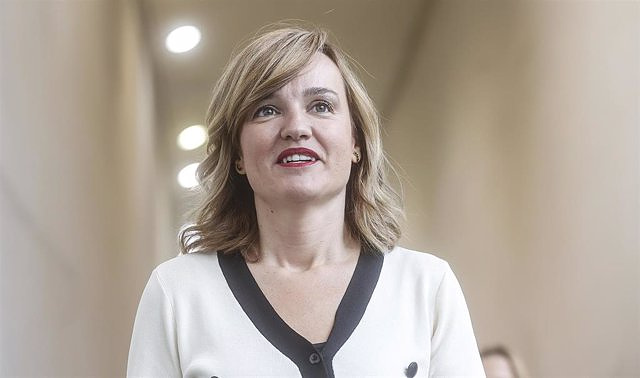 The Minister of Education and spokesperson for the PSOE, Pilar Alegría, trusts that the leader of the PP, Alberto Núñez Feijóo, will abandon the "politics of disqualification" during the 'face to face' that he will star with the President of the Government, Pedro Sánchez, this Tuesday in the Senate.

In these terms, the socialist leader expressed herself in an interview on Antena 3, collected by Europa Press, when asked about what she expects from this debate that the Upper House is hosting today. "On the part of the Popular Party, I hope they abandon the latest policy they are carrying out, which is the policy of disqualification and insult," she pointed out.

Straight away, Alegría has assured that when the 'popular' "fall" into this type of policy it is "because they lack proposals." On the contrary, the minister has pointed out that Sánchez comes to this debate with the "clear road map, proposals and measures" as, in her words, the president has been demonstrating since the State of the Nation Debate.

Asked about the clash between the former leader of Podemos, Pablo Iglesias, and the second vice president, Yolanda Díaz, the Minister of Education has avoided speaking: "You will understand that my status as PSOE spokesperson is deeply respectful of the positions of other parties."

Of course, he has taken the opportunity to remember that it is "important" that all left-wing parties work on "that unity" necessary to "make possible the mobilization of the progressive population."

‹ ›
Keywords:
SenadoFeijóoPedro SánchezPSOEPPEducaciónPilar Alegría
Your comment has been forwarded to the administrator for approval.×
Warning! Will constitute a criminal offense, illegal, threatening, offensive, insulting and swearing, derogatory, defamatory, vulgar, pornographic, indecent, personality rights, damaging or similar nature in the nature of all kinds of financial content, legal, criminal and administrative responsibility for the content of the sender member / members are belong.
Related News