The Murcian will face Jannik Sinner in the quarterfinals of the US Open, who has already beaten him twice this year. 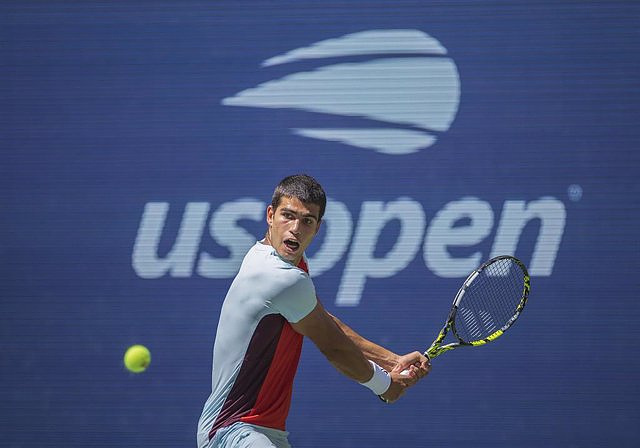 The Murcian will face Jannik Sinner in the quarterfinals of the US Open, who has already beaten him twice this year

The Spanish tennis player Carlos Alcaraz will play the quarterfinals of the US Open from Wednesday to Thursday (2:30 a.m.) against the Italian Jannik Sinner, a rival he has not defeated this year, and with whom he must confirm his hunger and candidacy for the title in New York, to also continue in the race for number one in the world.

The Murcian, the only survivor of the 'Armada' in the US Open, beat the Croatian Marin Cilic in the round of 16 in a marathon match, in which he needed almost four hours to beat the tournament champion in 2014 by 6- 4, 3-6, 6-4, 4-6 and 6-3. This was the first big test for Alcaraz, who came from three 'comfortable' duels in Flushing Meadows, although the youth and physical superiority of the Spaniard prevailed in the generational duel experienced in New York.

Juan Carlos Ferrero's pupil also won against his own demons, which sometimes appear in the form of disconnection and haste, demonstrating his maturity on the track against the Croatian. This first demanding victory in New York allows him to continue dreaming of the possibility of raising his first 'Grand', as well as finishing the tournament as number one in the world, after the defeat of Rafa Nadal, and with Casper Ruud as another candidate. To do this, just reach the final, if not against the Norwegian, it would be guaranteed, and if it is against number seven, win it.

Despite the ambition known to all of Alcaraz in terms of big goals and the exponential growth of recent months, the Murcian, current number four in the world, prefers to be cautious about the option of reaching the top of the ranking. "I see it very far away, even if I have two or three games left, I still see it totally far away," acknowledged the 19-year-old Spaniard, who may become the youngest circuit leader in history, a record now held by Lleyton Hewitt ( with 20 years, 8 months and 23 days).

"I have high-level, highly demanding matches left, so right now I'm trying not to think about it. I'm focused on the quarterfinals," insisted a concentrated Carlos Alcaraz in statements published by the ATP, who is aware of the difficulty of the duel against Sinner, a rival he has not yet defeated this season.

The Italian, number 13 in the world, beat the Belarusian Iliá Ivashka in five sets (6-1, 5-7, 6-2, 4-6 and 6-3), in an a priori affordable duel but that ended up complicating Sinner , who will have fatigue as one of his rivals also against Alcaraz -he has three games of more than three hours in the tournament-.

However, the statistics are in their favor. And it is that Sinner has already beaten the Murcian this year in the Umag final and the Wimbledon round of 16. Thus, Alcaraz faces the duel with desire and hunger for revenge, to be able to beat one of the rivals that resists him this course. Wimbledon and in Umag.

"It has a positive influence, because I feel like it," replied the Spaniard about the unfavorable face-to-face with the Italian. "I am a competitive boy, having lost the last two times I want to face him again, to show my level, my game, and go for it all. And hopefully the third time will be the charm", Alcaraz wished, who stated that he will have to be "focused" to succeed against Sinner.

Alcaraz has been confirmed as one of the main representatives of the 'next-gen' and now he has a golden opportunity to corroborate his meteoric development in a circuit with many candidates for everything. The Murcian was out of the 'top 100' at the beginning of 2021 and just a year and a half later he is already fighting to lift the first 'Great' and sees number one very close to him.

His wide repertoire of strokes, as well as his self-confidence, courage, versatility and physical resistance, catapult him as one of the tennis players of the future, although he has insisted on wanting to also dominate in the present.

New York has taught him that there is no easy round, although on this occasion he has been able to see a more 'made' and whole tennis player, without getting on his nerves. The US Open seems like the golden opportunity to place himself among the greats, with his first 'Grand Slam' semifinals on the horizon as the least of the great prizes he has at stake.

‹ ›
Keywords:
ItaliaPobreza
Your comment has been forwarded to the administrator for approval.×
Warning! Will constitute a criminal offense, illegal, threatening, offensive, insulting and swearing, derogatory, defamatory, vulgar, pornographic, indecent, personality rights, damaging or similar nature in the nature of all kinds of financial content, legal, criminal and administrative responsibility for the content of the sender member / members are belong.
Related News