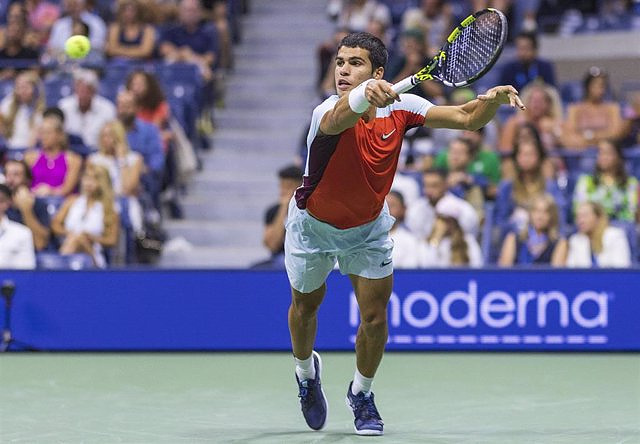 The Spanish tennis player Carlos Alcaraz remained the only survivor of the 'Armada' in the United States Open, fourth and last 'Grand Slam', after coming out of a great 'battle' in the round of 16 against the Croatian veteran Marin Cilic, against whom he needed almost four hours to prevail 6-4, 3-6, 6-4, 4-6, 6-3 and continue in the race for the title and for number one in the world.

After three 'placid' matches in Flushing Meadows, the Murcian experienced a great test against the 2014 champion, in a generational duel where the Balkan, about to turn 34, gave the best of his tennis to have options until the fifth partial, where it even started breaking.

But the pupil of Juan Carlos Ferrero also showed his maturity on the track and his physical strength to come out of a clash that ended late on Tuesday morning and that allows him to continue dreaming in New York and also to finish as the new number one of the world, now virtually in the power of the already eliminated Rafa Nadal. Reaching the final, if not against Casper Ruud, would guarantee it, and if it is against the Norwegian, winning it.

Alcaraz suffered from the continued aggressiveness of Cilic, who had the lesson learned from his two straight-set losses this year on the hard courts of Cincinnati and Miami, in a match where errors at times outweighed successes and he had to going to play a tense fifth set after not having been able to take advantage of their good chances to the rest in the fourth set, with seven break balls that went to limbo.

He didn't have his best night with his forehand either, with which he accumulated too many unforced errors from the bottom of the court, although not as many as the Croatian (39). The Spaniard knew how to solve the duel to become the youngest of the 'open era' to repeat his presence in the quarterfinals in two consecutive years in this 'Grand Slam' and the first since the 1950s. To reach the semifinals he will need to beat Italian Jannik Sinner, who has beaten him in his last two matches, at Wimbledon and in the Umag final.

Cilic warned from the start by breaking the Murcian's first serve, although he knew how to recover and replied with two consecutive 'breaks' that gave him the advantage on the scoreboard. Alcaraz leaned on his service so as not to waste that valuable booty and closed a first quarter that was close to an hour long.

The 2014 champion reacted by improving his tennis. Despite losing his first serve and finding himself behind in the second set, he stopped making so many unforced errors and returned the coin to the Spaniard from the first set. Two consecutive breaks put him up 4-1 and caused Alcaraz to drop his first set of the tournament.

The game was even then. The two players clung to their services and did not give the rest options until the player from El Palmar pressed in the final stages of the set. After wasting a break point at 4-3 in his favour, he held on to a 0-40 lead at 5-4 and secured at least a fifth set.

But the veteran and experienced Croatian was not going to give up so easily. He continued to find winners more easily than the third seed, but was unable to capitalize on a valuable 0-40 lead in game three. However, Alcaraz returned the favor in the sixth and eighth games, wasting 15-40 runs that ended up costing him dearly.

Cilic broke and then was able to save two more break balls to take the match to a fifth and final set where he took advantage of his positive inertia to break once more. Alcaraz did not get nervous, he showed his mental strength with two 'breaks' that gave him an advantage that transferred the pressure to his rival, which he could not reply and left the way free after three hours and 51 minutes.