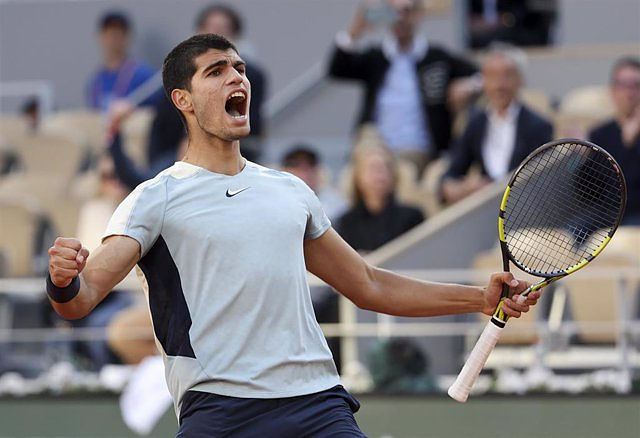 The Spanish tennis player Carlos Alcaraz, number four in the world, has solidly settled his debut in the Cincinnati tournament (United States), seventh Masters 1,000 of the season, by beating the American Mackenzie McDonald (6-3, 6-2) this morning ), a triumph that gives him back his confidence after falling at the first change in Montreal.

With his triumph at the Lindner Family Tennis Center, resolved in just 65 minutes of play, the Murcian became the tennis player with the most victories in the season (43-8) ahead of the Greek Stefanos Tsitsipas (42-15). Now, he will face Croatian Marin Cilic in the next round, who defeated Finn Emiil Ruusuvuori (6-4, 6-7 (5), 7-5).

An impressive 85% of points won with his first serve served the player from El Palmar to get on track in a match in which he did not face break balls against and in which he took advantage of four of the seven break points he enjoyed .

As soon as the contest started, he broke his rival's service to lead a first set that also closed with a 'break'. Already in the second, after the equality of the first games, he won the last four and put an end to the fight against the North American, whom he had already surpassed in the Masters 1,000 in Indian Wells.

"I'm very happy with my performance today. One goal in coming here was to take the pressure off myself, enjoy myself, play tennis and that's it, try to be relaxed. And in this round I did it, so I'm very happy with it," Alcaraz said. , who in Montreal said goodbye in his premiere against Tommy Paul.