Albares puts the ball on the roof of London for the agreement on Gibraltar: "We cannot be like this forever" 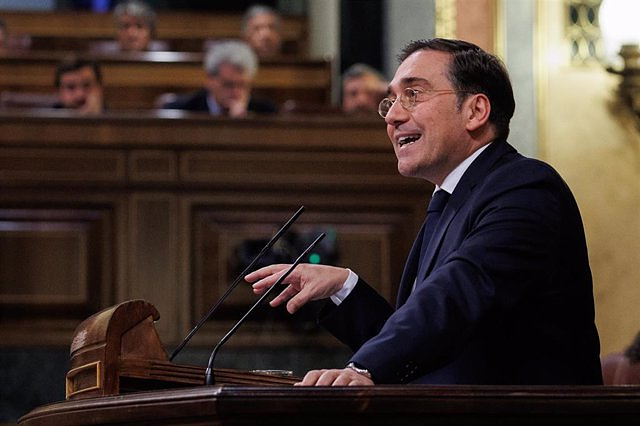 The Minister for Foreign Affairs, the European Union and Cooperation, José Manuel Albares, has placed the ball in the United Kingdom's court to achieve the agreement with the EU on Gibraltar, defending that he has on the table a "balanced proposal" raised by Madrid and Brussels and warning that "we cannot be in this situation forever".

Albares met this Friday in Madrid with the eight mayors of Campo de Gibraltar, the president of the Commonwealth and a representative of the Junta de Andalucía to inform them about the negotiations that the European Commission is carrying out with the British Government for the relationship future with Gibraltar after Brexit.

The minister explained that London already has in its possession the "global and balanced proposal" and with "technical solutions" so that "there are equivalent rules of the game on both sides" of the Fence and the goal of a zone of shared prosperity is achieved and that now all that is missing is his approval.

In this sense, he stressed that he has been negotiating for two years now and both Spain and the EU are "already ready to achieve it" but now the United Kingdom has to show that it is also willing to do so. "We cannot be in this situation forever," he stressed, while making it clear that what has been proposed does not in any way imply the legal position of Spain with respect to the Rock.

‹ ›
Keywords:
BruselasLondresGibraltarUE
Your comment has been forwarded to the administrator for approval.×
Warning! Will constitute a criminal offense, illegal, threatening, offensive, insulting and swearing, derogatory, defamatory, vulgar, pornographic, indecent, personality rights, damaging or similar nature in the nature of all kinds of financial content, legal, criminal and administrative responsibility for the content of the sender member / members are belong.
Related News