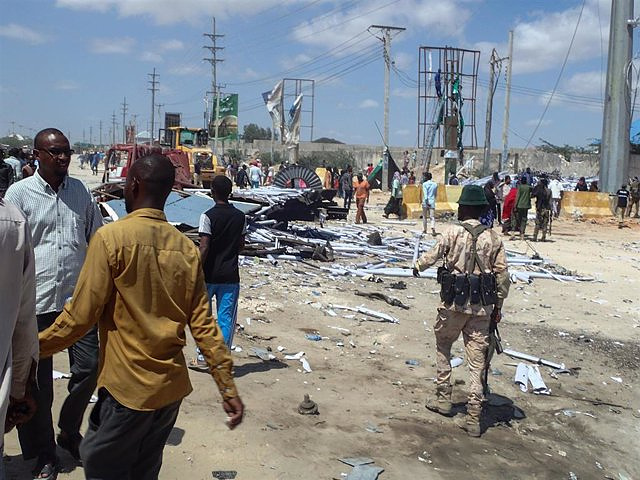 The jihadist group Al Shabaab has announced that it has executed seven hostages, mostly accused of espionage in the south of the country, according to a statement released through its main propaganda platform, Al Andalus radio.

The group claimed that six of those killed were spies working for the US and Somali secret services, complicit in the deaths of members of the organization.

The executions took place in the southern Bay region, near Mogadishu, the capital, and have been confirmed by local MP Mohamed Ahmed, and the information minister of southwestern Somalia, Ilyas Said.

Dozens of civilians were forced to witness the executions of the terrorists, according to Ahmed.

Somalia, with around 16 million inhabitants and located in the Horn of Africa, has been under the yoke of Al Shabaab violence for years.

The terrorist group, which controls vast swaths of land in the southern and central regions, frequently attacks security forces and civilians.

‹ ›
Keywords:
TerrorismoSomalia
Your comment has been forwarded to the administrator for approval.×
Warning! Will constitute a criminal offense, illegal, threatening, offensive, insulting and swearing, derogatory, defamatory, vulgar, pornographic, indecent, personality rights, damaging or similar nature in the nature of all kinds of financial content, legal, criminal and administrative responsibility for the content of the sender member / members are belong.
Related News