"(We) will not accept any ultimatums on IDF activities," Israel's prime minister has said. 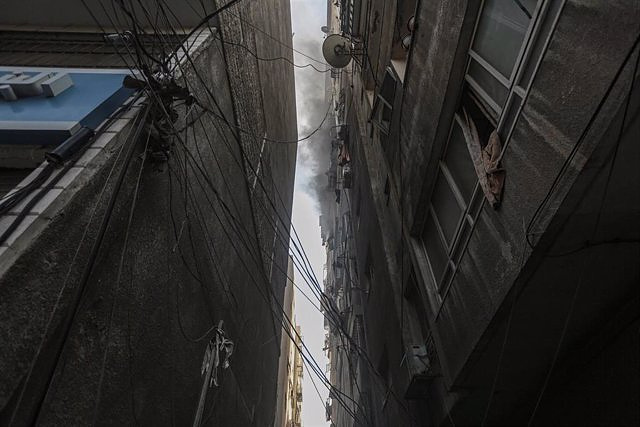 "(We) will not accept any ultimatums on IDF activities," Israel's prime minister has said.

The Al Quds Brigades, the armed wing of Islamic Jihad, have reported launching more than 100 projectiles at Israeli cities, including Tel Aviv, while the Israel Defense Forces (IDF) have attacked strategic locations with projectiles in various points in the Gaza Strip.

This exchange between the parties comes after the Israeli authorities announced a military operation, called 'Dawn', which began with the announcement of the death of a commander of the Islamic Jihad military forces, identified as Taisir al Jabari, death confirmed by the militia itself.

Israeli planes have bombarded the Sheikh Akhlin area, in the southwest of the Gaza governorate, with more than 15 missiles, while Beit Hanoun (north), as well as Khan Younis (south) and Rafah have also been registered. , on the Egyptian border with the Gaza Strip, according to the WAFA news agency.

Given this exchange of missiles between the parties, the Tel Aviv municipality has reported that it is opening anti-aircraft shelters for the population, following the instructions of the Army National Front Command, according to the newspaper 'The Times of Israel'.

Islamic Jihad has previously confirmed through its spokesman, Daud Shehab, that it had begun "its initial response" to the first Israeli bombardment of the Gaza Strip, so it would respond to the actions carried out by Israel, the agency reported. Maan news.

In this way, the 'Iron Dome' system has been activated several times after sounding the alarms repeatedly in Yavne, Ashkelon and other southern Israeli cities. Some of the projectiles have been intercepted, as reported by the Israeli media.

Israel's Prime Minister, Yair Lapid, has urged the population to "follow the instructions" of the authorities in the coming days. "Whatever it takes, we will eliminate the threats against our citizens," he said, according to a speech posted on his official Twitter profile.

"At the same time, we will also not accept any ultimatums on the activities of the IDF and security forces in other fields. Anyone who needs to be arrested will be arrested. Any attempt to harm civilians or soldiers will be dealt with harshly," he said.

Given the increase in tensions, a spokesman for the White House National Security Council has indicated, according to the newspaper 'The Times of Israel', that "Israel has the right to protect itself." In addition, he has urged the parties "to calm" and has indicated that Washington is "monitoring" the situation.