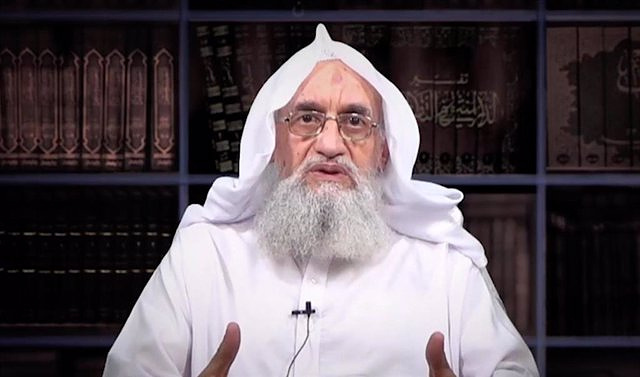 The leader of the terrorist organization Al Qaeda, Ayman al Zawahiri, has died in a drone attack in Afghanistan, as reported by several US media citing official sources.

Al Zawahiri's death has not yet been officially confirmed, but US President Joe Biden has announced a press conference for 7:30 p.m. (1:30 p.m., Spanish peninsular time).

Biden's appearance is to report "a successful anti-terrorist operation" against Al Qaeda in Afghanistan, according to the White House.

"This weekend the United States has carried out an anti-terrorist operation in Afghanistan against a major Al Qaeda target. The operation has been successful and there are no civilian casualties," said a senior government official quoted by CNN.

‹ ›
Keywords:
Al QaedaAfganistánTerrorismoDrones
Your comment has been forwarded to the administrator for approval.×
Warning! Will constitute a criminal offense, illegal, threatening, offensive, insulting and swearing, derogatory, defamatory, vulgar, pornographic, indecent, personality rights, damaging or similar nature in the nature of all kinds of financial content, legal, criminal and administrative responsibility for the content of the sender member / members are belong.
Related News