Reminds the Government of the obligation to carry out a rebalancing plan and recommends that it set a medium-term national fiscal strategy. 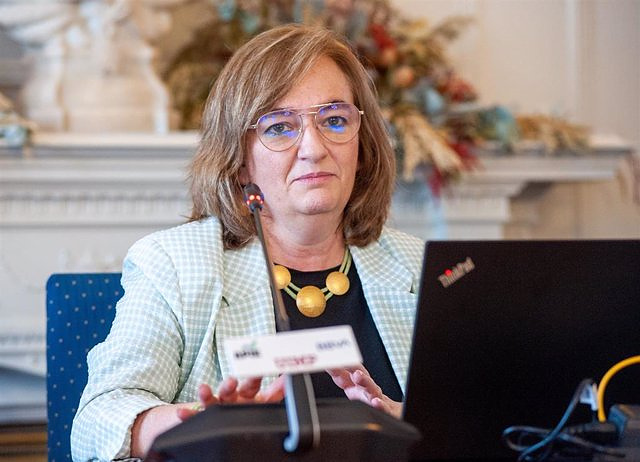 The Independent Authority for Fiscal Responsibility (AIReF) affirms that the energy crisis and the uncertainty due to the war in Ukraine are exceptional circumstances that justify keeping the escape clause active in 2023, which allows States to breach the deficit to activate the economy.

In a report, AIReF also underlines that inflation is causing a tightening of financing conditions and the coronavirus is still conditioning the economy.

The request for a report by the Ministry is based on the direct repercussion at the national level of the extension of the safeguard clause in 2023 at the European level, based, among other causes, on the unprecedented rise in energy prices.

"The assessment of the macroeconomic conditions advises maintaining the escape clause, without forgetting the vulnerability associated with the structural deficit and level of debt, in line with the decisions adopted in the European fiscal supervision framework," explains AIReF.

The most recent AIReF estimates suggest GDP growth of around 2% for 2023, in line with what is proposed by other organizations such as the European Commission or the IMF.

If the threat of a complete cut off of Russian gas supplies materializes, there would be a drastic change in growth prospects for 2023, underlines AIReF.

In the fiscal area, its medium-term estimates point to a more vulnerable position in terms of structural deficit and debt.

AIReF reminds the Government of the legal obligation to carry out a rebalancing plan and recommends that it establish a medium-term national fiscal strategy that serves as fiscal guidance and realistically and credibly guarantees the financial sustainability of Public Administrations.

2023 will be the fourth consecutive year in which this general safeguard clause is activated. This activation does not imply the suspension of the SGP procedures, but it allows the Member States to make their fiscal policy response more flexible in order to face the challenges.

It is still pending to define the European fiscal supervision framework that will prevail when the general safeguard clause is deactivated, foreseeably in the year 2024, whose review process was resumed at the end of last year and is still being debated.

The Government asked the Congress of Deputies to keep the escape clause activated in 2023, in line with the decision of the European Commission. This is the third time he has asked Congress to rule.

Despite the maintenance of the safeguard clause in 2023, the European Union recommends that countries with high debt, including Spain, carry out a prudent fiscal policy. This translates into limiting in 2023 the growth of primary current public spending financed at the national level to a rate below the medium-term potential growth taking into account the changing situation, the need to increase green and digital public investment as well as the security of the energy supply. Therefore, Spain will have to limit in 2023 the growth of primary current spending financed at the national level.

In its report on the SPU 2022-2025, AIReF estimated a growth in primary current spending financed nationally in 2022 below the reference for potential GDP in the medium term. However, in the 2023-2025 period, its rate of change will only fall below that reference on one occasion, towards the end of the programming horizon.

Regarding the tone of fiscal policy, the Commission is in favor of maintaining an expansionary fiscal policy for the whole of the EU and the euro area, but at the level of the different member states it advises caution.

According to AIReF, there is a risk that, in a context of suspension of fiscal rules, the AA.PP. assume increases in structural spending without foreseeing sources of financing that are also structural, either through higher revenues or lower spending on other policies. This risk, moreover, is amplified by the absence of a medium-term fiscal strategy.

In this sense, AIReF reiterates that in Spanish legislation the activation of the escape clause is associated with the approval of a rebalancing plan that must include the correction of the structural deficit, taking into account the exceptional circumstance that gave rise to the breach. To date, the aforementioned plan has not yet been presented despite the activation of the clause in October 2020.

AIReF considers that the preparation of a medium-term plan is an essential element in the strategy for recovery and strengthening growth in the medium term, as it contributes to providing security and transparency to all economic agents and allows greater control of budget execution and application and impact of the measures adopted.

In this context, AIReF once again recommends that the Government establish a medium-term national fiscal strategy that serves as fiscal guidance and realistically and credibly guarantees the financial sustainability of public administrations.

"This requires having all levels of the administration, specifying the fiscal objectives and the calendar of milestones, including a sufficiently broad time horizon to place the debt on a path that reduces its level of vulnerability, integrating the macroeconomic and fiscal implications of the PRTR and base the strategy on realistic macroeconomic and fiscal forecasts", explains the institution.

Since the activation of the escape clause in 2020, AIReF has repeatedly recommended the Government to establish this fiscal strategy. The Government considers that it complies with the recommendation through the different processes that affect the configuration of public accounts, such as the Stability Program Update (APE). However, AIReF considers that the content of the SPU sent to the European institutions is far from being the comprehensive medium-term fiscal strategy, as it has already said on numerous occasions.

According to the AIReF, the absence of a medium-term fiscal strategy is especially worrying in the current macroeconomic scenario with significant downside risks.

"The situation requires the ability to adapt economic policy to the possible materialization of the risks arising from, among other factors, the war in Ukraine, inflation or the pandemic. At the same time, there must be a roadmap to reduce the deficit structure without harming growth and allowing public debt to be brought to levels that mitigate the vulnerability of the Spanish economy in the face of future crises", concludes AIReF.

‹ ›
Keywords:
UcraniaAIReF
Your comment has been forwarded to the administrator for approval.×
Warning! Will constitute a criminal offense, illegal, threatening, offensive, insulting and swearing, derogatory, defamatory, vulgar, pornographic, indecent, personality rights, damaging or similar nature in the nature of all kinds of financial content, legal, criminal and administrative responsibility for the content of the sender member / members are belong.
Related News