Air Europa, on IAG's entry as a shareholder: "It is an important support for the project and we are very excited" 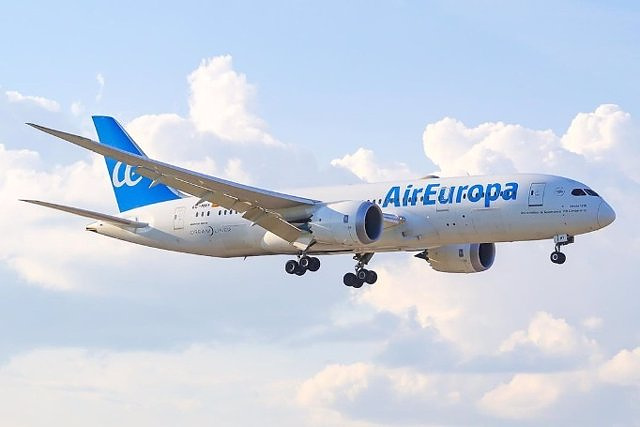 The CEO of Air Europa, Jesús Nuño de la Rosa, has highlighted that IAG's entry into the airline's shareholding "is an important support for the project" and has stated that his company is "very excited" about the operation.

This was highlighted in an interview on Capital Radio, collected by Europa Press, in which he highlighted that IAG is "one of the most important airlines in the world" and his arrival "full of satisfaction".

Specifically, last August IAG announced the conversion of the loan granted to Globalia for a value of 100 million euros into a 20% stake in the airline of said group.

In addition, a period of exclusivity until March 2023 was also included in the operation to be able to continue in talks for the purchase of the airline and a right of first refusal for the next two years in case another company or fund wanted to invest.

Regarding sustainability, he pointed out that the commitment to Europe has been one of the company's hallmarks over the years. "Right now, in 2021, a key decision was made, which is the unification of the fleet, with modern aircraft," he added.

In this sense, the CEO of Air Europa has confirmed that "in a few months" they will only have Boeing aircraft: "787 Dreamliner and 737 Max".

"In the case of the 787 Dreamliner, it consumes 20% less fuel, which generates 20% less emissions and reduces the noise impact by 60%", highlighted Jesús Nuño de la Rosa.

‹ ›
Keywords:
Air EuropaIAGNuño De La Rosa
Your comment has been forwarded to the administrator for approval.×
Warning! Will constitute a criminal offense, illegal, threatening, offensive, insulting and swearing, derogatory, defamatory, vulgar, pornographic, indecent, personality rights, damaging or similar nature in the nature of all kinds of financial content, legal, criminal and administrative responsibility for the content of the sender member / members are belong.
Related News