The defense of the former Madrid president alleges that the public prosecution cannot make this request. 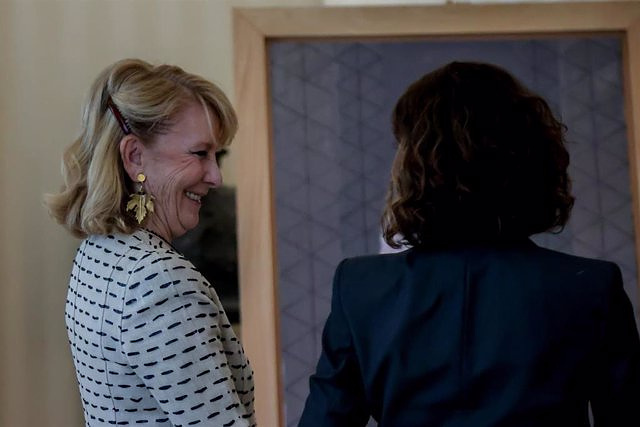 Former Madrid president Esperanza Aguirre has asked the National Court (AN) to reject the request made by the popular accusation exercised by the PSOE in the case of the alleged 'caja b' of the PP in Madrid, with which they would have financed the elections of 2007, 2008 and 2011, so that both she and the 72 regional deputies of the time are declared participants for profit, considering that it is "a shameful attempt at procedural fraud".

Legal sources have confirmed to Europa Press that Aguirre's defense has sent a new letter to the head of the Central Court of Instruction Number 6, Manuel García Castellón, where he recalls that the popular accusation, in this case exercised by the PSOE, cannot request responsibility civil, nor by participation for profit.

The investigating judge archived this separate piece number 9 of 'Púnica' for Aguirre, for the also former Madrid president Ignacio González and for a total of 71 defendants, while he prosecuted eight people for those same facts, placing the former counselor at the top Francisco Granados and the former manager of the Madrid PP Beltrán Gutiérrez.

After that, the socialist prosecution presented its indictment, where it demands that the National Court sentence Granados and Gutiérrez to 26 and 17 years in prison, respectively.

In addition, it requests that the 72 regional deputies of the Popular Party who were elected (and/or their substitutes) after the elections were declared "participants for profit and for the amounts indicated in the judgment" of the aforementioned years, because the PSOE considers that "their candidacies were equally benefited from the excess of electoral spending and its concealment."

Among the then deputies that the PSOE asks to convict as participants for profit are Aguirre, González, Granados and the former councilors Lucía Figar and Salvador Victoria, who were charged but finally the magistrate decided to file the case for them.

Also noteworthy are the former Madrid president Cristina Cifuentes and the current directors Javier Fernández-Lasquetty, Enrique Ruiz Escudero and David Pérez García; the deputy spokesperson for the Popular Group in Congress, Elvira Rodríguez; or the president of the Madrid Assembly, María Eugenia Carballedo.

Also among those 72 deputies are Engracia Hidalgo, councilor of the PP municipal group and secretary of regional politics of the PP; and Henríquez de Luna, who was a regional deputy for the PP and is now a representative for Vox.

However, it should be remembered that the PSOE has appealed García Castellón's decision to exonerate Aguirre, arguing that the investigation has revealed "a concerted plan" since his arrival at the Presidency that sought to "obtain extraordinary financing" for the regional PP.

The Anti-Corruption Prosecutor's Office, for its part, has appealed the file for former councilors Lucía Figar and Salvador Victoria, while Granados and Gutiérrez have challenged their prosecution.

‹ ›
Keywords:
Audiencia NacionalEsperanza AguirrePSOEPP
Your comment has been forwarded to the administrator for approval.×
Warning! Will constitute a criminal offense, illegal, threatening, offensive, insulting and swearing, derogatory, defamatory, vulgar, pornographic, indecent, personality rights, damaging or similar nature in the nature of all kinds of financial content, legal, criminal and administrative responsibility for the content of the sender member / members are belong.
Related News