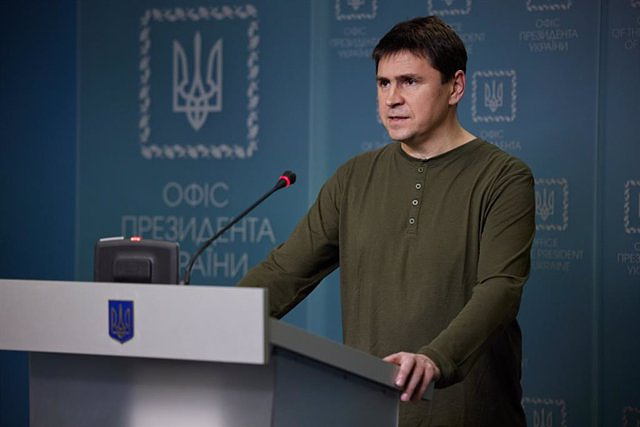 The adviser to the Presidency of Ukraine, Mijailo Podoliak, questioned on Monday the evaluation work of the mission of the International Atomic Energy Agency (IAEA) at the Zaporizhia nuclear plant.

"It is convenient not so much to carry out the IAEA peacekeeping mission as the nuclear engineering audit," Podoliak said, adding that the Ukrainian authorities have not yet received data on the situation at the plant in terms of circuits. cooling or personnel.

In this regard, Podoliak has explained that the experts who should inspect Zaporizhia have to understand nuclear physics as well as engineering technologies, while being able to be close to plant personnel.

"There are Russian troops there who do not understand what is happening. The risks are not well evaluated. There are a certain number of our workers there who need some kind of protection: to have people from the international community close by," he explained.

Despite this, the advisor to the Ukrainian Presidency has approved the IAEA initiative to make the presence of its representatives at the plant permanent, since this may imply greater protection for the plant's workers, according to the UNIAN news agency. .

This week the IAEA director general is expected to issue a report on the nuclear safety situation in Ukraine, which will also include his conclusions from his visit to the plant last week.

The Russian and Ukrainian authorities have accused each other of endangering the Zaporizhia plant with artillery shelling, for which the IAEA sent an inspection mission last week to assess the situation.

The Zaporizhia plant is the largest in Europe and has six reactors commissioned between 1984 and 1995. It has been controlled by Russian forces since March this year, shortly after the Russian invasion of Ukraine began.