Adanero defends his signing for the PP: "Everything must be done so that Sánchez is not president again" 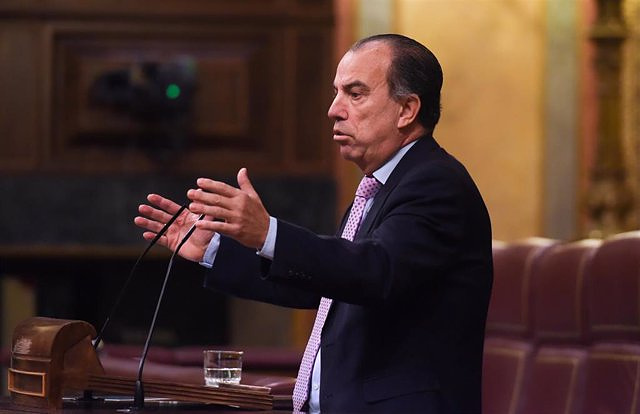 The former deputy of UPN Carlos García-Adanero has defended his signing by the PP to be a candidate for the Mayor's Office of Pamplona, ​​assuring that "everything possible must be done" so that the chief executive, Pedro Sánchez, does not repeat himself in La Moncloa, positioning itself against the partners of the Government.

This is what Adanero told Sánchez during his brief speech at the appearance of the head of the Executive in Congress to report on the latest European Councils. From here, the recently appointed 'popular' candidate for mayor of Pamplona has replied to the PSOE bench that he is "one of those who wants Sánchez not to repeat the coalition again".

"Spain cannot allow more Sánchez governments", warned Adanero, who has accused the Executive of being "co-responsible" for the reductions in sentences due to the yes is yes law, in addition to reproaching that the Minister of Social Affairs, Ione Belarra, would call ruthless capitalists "those who create jobs."

On Sánchez's intervention, Adanero has accused him of "not seeing reality": "People talk about potatoes, milk, the mortgage, the shopping basket. People do not make ends meet, He's not thinking about Davos."

For his part, the deputy of Foro Asturias Isidro Martínez Oblanca has made Sánchez ugly by putting on "a Europeanist mask that does not correspond to the general situation in Spain or that of the Principality", listing the problems in this region, which, in his opinion, They have worsened with his management and that of Adrián Barbón.

"His period of government has been terrible for Asturias," Martínez Oblanca told Sánchez, who has criticized him, among other things, for his management of high-speed rail in this region.

‹ ›
Keywords:
PamplonaPedro SánchezPP
Your comment has been forwarded to the administrator for approval.×
Warning! Will constitute a criminal offense, illegal, threatening, offensive, insulting and swearing, derogatory, defamatory, vulgar, pornographic, indecent, personality rights, damaging or similar nature in the nature of all kinds of financial content, legal, criminal and administrative responsibility for the content of the sender member / members are belong.
Related News