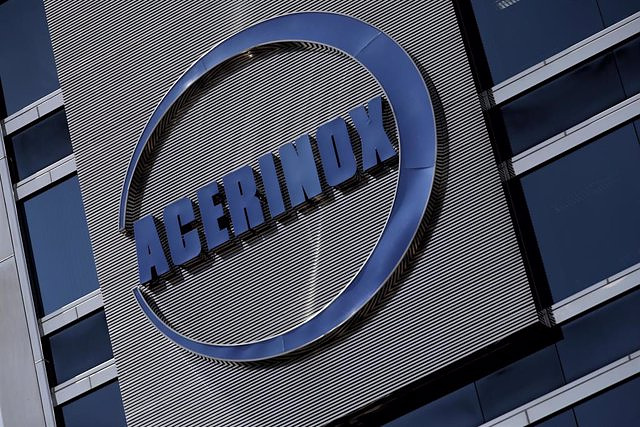 Acerinox obtained a net profit of 609 million euros in the first half of the year, which represents 201% more than in the same period last year, when it stood at 203 million euros, and the best half-year results in its history , reported the company.

The group's gross operating profit (Ebitda) stands at 945 million euros, increasing by 150% compared to the same period in 2021.

The turnover of the steel group also registered a strong rise in these first six months of 2022, reaching 4,821 million euros, which is 57% more than in the first half of 2021.

Acerinox produced 1.29 million tons during this period, slightly down compared to the same semester last year, when the figure reached 1.34 million tons.

The company highlighted that the improvement in results during the first half of 2022 was progressive. Thus, the Ebitda of the second quarter increased by 24% compared to the first, going from 422 to 523 million. For its part, turnover increased by 11% compared to the previous three months, to 2,535 million euros, and in terms of net profit, it grew from 266 million in the first quarter to 343, 29% more, in the second.

Acerinox indicated that, despite the fact that end customers continue to have good demand, there has been a drop in orders from distributors once the inventory rebuilding process started at the end of 2020 has been completed.

However, he stressed that the strength of the market and the stability of costs in the United States, together with the group's order book, allows him "to be optimistic for the third quarter."

Looking ahead to the remainder of the year, the group expects the expected Ebitda in the third quarter of this year to be above the average of the quarterly results of the "excellent" year 2021, the year with the best result in the company's history.

Likewise, he estimated that the second half of the year will be marked by the conflict in Russia and Ukraine and the multiple uncertainties derived from it, pointing out the energy factor as the greatest concern at this time, "not only because of the high prices in Spain, but also because of the uncertainties about the future regular supply in Germany".

The CEO of Acerinox, Bernardo Velázquez, stated that "the regionalization process that is taking place should increase local purchases and offset, to a certain extent, the economic slowdown", for which he valued the group's geographical diversification in order to drive your results.

"Not only do we expect a greater component of local purchases in our main markets, but the approach of supplies will also promote the development of the entire industry in the countries in which we operate, which will further promote the consumption of stainless steel. ", said.

On the other hand, the company's board of directors, in view of the group's financial strength, cash generation prospects and the low level of the share, has agreed to initiate a new 4% share buyback program for its amortization.

With this program, the company's commitment to amortize the shares that were issued in the years in which the dividend to be paid was made through 'scrip dividend' is fulfilled.

Likewise, the group concluded the 4% share repurchase program started in December. The cash outflow for this purpose in the first quarter was €115 million (the program total was €125 million).

Following its approval on June 16 at the general shareholders' meeting, Acerinox paid a dividend of 0.50 euros per share on July 5, for an amount of 135 million euros.

In addition, the board of directors agreed to sell the 747,346 Nippon Steel shares that the group held as they were not considered strategic. Once the strategic alliance with Nippon Steel has ended, Acerinox has started commercial activity in Japan.

‹ ›
Keywords:
Acerinox
Your comment has been forwarded to the administrator for approval.×
Warning! Will constitute a criminal offense, illegal, threatening, offensive, insulting and swearing, derogatory, defamatory, vulgar, pornographic, indecent, personality rights, damaging or similar nature in the nature of all kinds of financial content, legal, criminal and administrative responsibility for the content of the sender member / members are belong.
Related News