The magistrate agreed last week not to extend the case on the 'purple' training contract with the consultant. 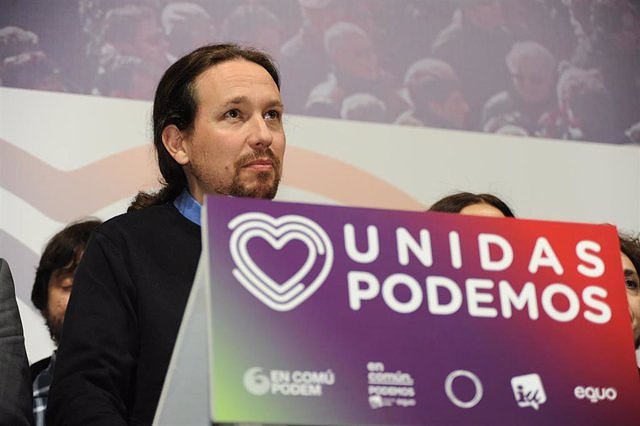 Vox and ProLege have submitted new briefs to ask the judge of the 'Neurona case' to continue investigating the 363,000-euro contract that Podemos signed with the consultant for the April 2019 general elections. Both have relied on an expert report commissioned by the of Santiago Abascal in which it is ensured that "the information that was requested through the courts" from the 'purple' formation "was consciously eliminated and with the interest that it cannot be found by a person with access to the account" of 'now we can ' on Facebook.

The expert document, to which Europa Press has had access, was provided by Vox on July 26. The next day, the head of the Court of Instruction Number 42 of Madrid agreed not to extend the investigation and dismissed the party's request to call the legal representative of Podemos to testify.

Following this decision by Judge Juan José Escalonilla, the two popular accusations have once again been addressed to the Court. The deputy legal secretary of Vox, Marta Castro, has explained - in a letter to which this agency has had access - that the party insists on this request "under the contradictory conclusions reached by the expert reports on the documentary evidence presented by Can"; that is, the report provided by the party led by Ione Belarra, the one signed by the Economic and Fiscal Crime Unit (UDEF) and the one commissioned by Vox.

Likewise, the popular accusation carried out by ProLege has stressed that the expert document that Abascal's formation delivered "is signed by neither more nor less than the President of the National Association of Appraisers and Judicial Computer Experts." In this sense, the lawyer Carolina Mata has assured in her brief - to which Europa Press has also had access - that "we could be facing an alleged computer crime."

In the document to which they refer, it is said that Podemos did not provide certain data to the Court - specifically, electoral content disseminated through the party's Facebook account during the April 2019 electoral campaign - and alleged that they were not available in the social network. The experts who write the report commissioned by Vox claim to have found them.

As they explain, the information was deleted by a person with access to the account on said social network and "with absolutely no knowledge of indexing", because a "superficial deletion" was carried out. Thus, they maintain that "the information that was requested by judicial means was eliminated consciously and with the interest that it cannot be found."

Within the framework of said document, to which this agency has had access, it is also said that the expert who signs the report provided by Podemos is an "interested party" because he appears as administrator of the party's account at the time of the development of the expert .

Faced with this statement, the legal deputy secretary of Vox has insisted that it is necessary that the legal representative of Podemos be summoned to testify in order to clarify, among other things, "the direct involvement of the expert in the possible criminal act, in the handling of the Facebook account as administrator, an issue that must be assessed by the Judge since it shows the existence of solid indications of the existence of an alleged computer crime".

The case started around these same dates two years ago as a result of a complaint by the former Podemos lawyer José Manuel Calvente about different facts that reflected alleged irregularities within the 'purple' formation.

The instructor focused on the contract signed between Podemos and Neurona Comunidad --the Spanish subsidiary of the Mexican company Neurona Consulting-- because he suspected that it was actually a simulated contract since no service would have been provided.

In these years, Escalonilla has tried to elucidate whether Neurona did any work for that electoral campaign, analyzing the material provided by Podemos and various police reports, and listening to numerous witnesses and the accused, including the manager of the political formation, Rocío EstherVal; the treasurer, Daniel de Frutos; and Wallet.

Last week, the judge rejected the request for the accusations and agreed not to extend the investigation. The Prosecutor's Office, which agrees with the criterion of not extending the investigation period, presented a brief - to which this agency has had access - in which it assured that of the proceedings carried out "the existence of a simulated contract is not indirectly proven" . "What remains to be clarified (if possible) is the value of the work carried out and if there is an excess in payment," said the prosecutor.

Podemos, for its part, assured on its Twitter account that this case is based on "rumorology" and that, therefore, it will be dismissed and "will be added to the collection of lies" against the purple formation.

‹ ›
Keywords:
PodemosVOX
Your comment has been forwarded to the administrator for approval.×
Warning! Will constitute a criminal offense, illegal, threatening, offensive, insulting and swearing, derogatory, defamatory, vulgar, pornographic, indecent, personality rights, damaging or similar nature in the nature of all kinds of financial content, legal, criminal and administrative responsibility for the content of the sender member / members are belong.
Related News