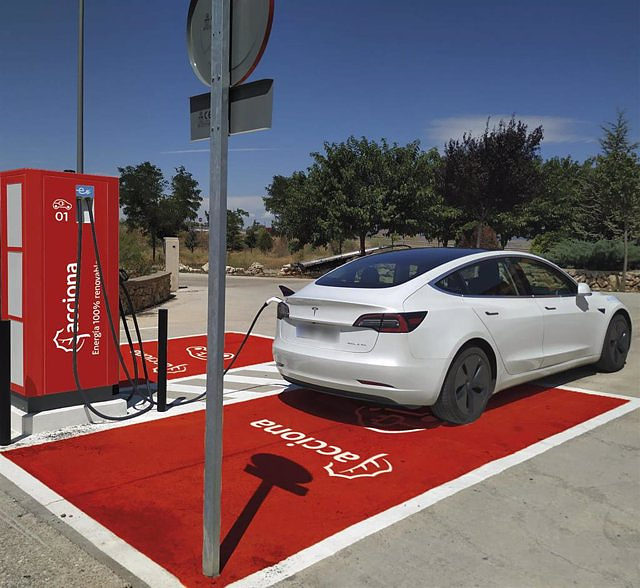 Acciona Energía and Qwello, a company that operates charging networks for electric vehicles in urban and regional centers in Europe, have signed an agreement to launch a joint venture for the development of public charging points in Spain.

The joint company will develop, operate and maintain recharging networks for electric vehicles in urban public spaces, taking advantage of the businesses of each of the two companies, as reported in a statement.

On the one hand, Qwello contributes its user platform, its charger technology and its experience, which operates hundreds of charging points in various European cities such as Stockholm, Frankfurt, Munich or Berlin, and plans to deploy new ones in these and other urban centers.

For its part, Acciona Energía has a consolidated position as the main marketer of 100% renewable electricity for companies in Spain and leads long-distance recharging.

In this way, Qwello will be the supplier of the hardware and software, both of its own development, and Acciona Energía will be in charge of supplying 100% renewable electricity to these points, as well as their operation and maintenance.

The charging points will be predominantly 11 kilowatts (kW) and will have various functionalities such as contactless payment by credit card or mobile phone and symbol-based communication that allows overcoming language barriers.

It is estimated that around 2% of current charging points in Spanish cities are public: this means that in Barcelona or Madrid there are just over 60 public charging points, while in other European cities you can even find 3 or 4 charging points per block. For example, Berlin has 1,413 and Paris has 875 points.

‹ ›
Keywords:
Acciona
Your comment has been forwarded to the administrator for approval.×
Warning! Will constitute a criminal offense, illegal, threatening, offensive, insulting and swearing, derogatory, defamatory, vulgar, pornographic, indecent, personality rights, damaging or similar nature in the nature of all kinds of financial content, legal, criminal and administrative responsibility for the content of the sender member / members are belong.
Related News