Post a Comment Print Share on Facebook
Famagusta
DOLLAR 18,66
EURO 19,29
GOLD 1.049,10
BIST 4.962,48
Dogecoin Spike Fuels Meme Token Economy to a Huge Jump of Close to 10%
Report: Only 5.3% Spanish Crypto Investors have been notified to declare...
Why casinos do not allow kids to gamble
Payments giant Stripe launches pilot to test crypto payouts with Twitter
Vlad Ponomarev, CEO of Broxus, on Everscale and the Development of a Universal...
Quik.com now has Minting of.VR and.Metaverse Domains
The Biggest Movers: APE Up Almost 30%, ZIL, and AAVE are Wednesday's...
Paul Farhi, founder of Solidus AITECH, talks about Artificial Intelligence...
Malaysia holds over 600 people for stealing electricity to mine cryptocurrency
Central Bank of Sudan warns of risks associated with cryptocurrency

They will appeal the repeal of sedition before the TC and will promote a referendum for the banning of separatist parties. 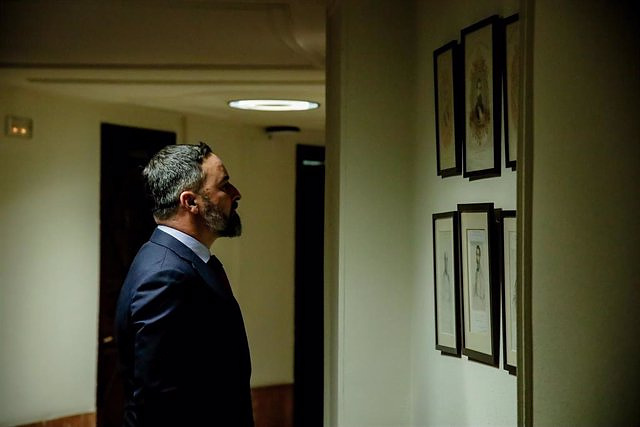 The leader of Vox, Santiago Abascal, has invited this Monday the president of the Popular Party, Alberto Núñez Feijóo, to agree on a consensus candidate for the presentation of a motion of censure against Pedro Sánchez and the call for general elections; without clarifying if Vox would take the step alone if the PP does not.

At a press conference at the headquarters of his party, Abascal has charged the Government with the proposal to repeal the crime of sedition and has announced that Vox will support "any initiative" that has the objective of "evict" Sánchez from the Palace of the Moncloa and call early elections.

For this reason, he has "reached out" to Feijóo to present a motion of censure and has not clarified whether he is willing to do it alone, as in October 2020. "We have already presented it and we have said that we do not renounce the use of this democratic instrument, but we understand that others also have their responsibility," he explained. "If there is a consensus candidate and it is agreed to present a motion of censure for the calling of elections immediately, our support will be guaranteed".

For now, Vox has asked the Congressional Bureau to reject the bill registered by the PSOE and United We Can because it considers that it is "an obvious fraud of law" to "facilitate the crime of its partners and approve some Budgets" through a "disguised amnesty".

If processed, the parliamentary group will go to the Constitutional Court also requesting the precautionary suspension of this reform of the Penal Code. And, in addition, Vox will promote the calling of a referendum for the banning of parties "that seek to destroy political, social and territorial unity."

Lastly, he has called on citizens to demonstrate in the street --next Saturday the 19th in Barcelona and on Sunday the 27th in the rest of Spain--.

‹ ›
Keywords:
FeijóoPedro SánchezSantiago AbascalPPMoción De CensuraVOX
Your comment has been forwarded to the administrator for approval.×
Warning! Will constitute a criminal offense, illegal, threatening, offensive, insulting and swearing, derogatory, defamatory, vulgar, pornographic, indecent, personality rights, damaging or similar nature in the nature of all kinds of financial content, legal, criminal and administrative responsibility for the content of the sender member / members are belong.
Related News 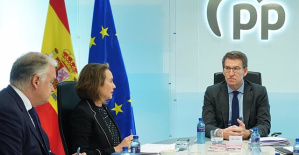 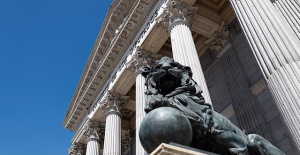 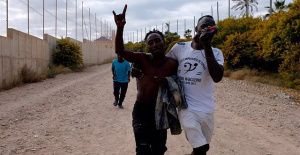 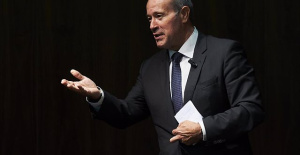 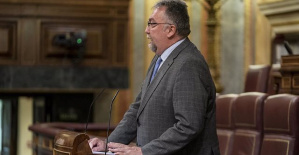