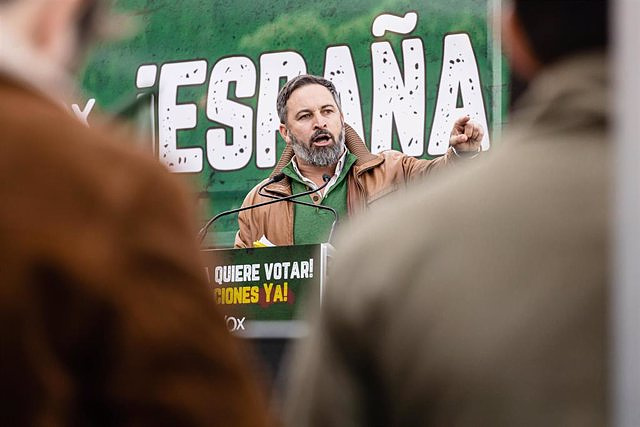 The leader of Vox, Santiago Abascal, accused the President of the Government, Pedro Sánchez, on Tuesday of being an "autocrat" who has the objective of "destroying" Spain and recalled that the former Minister of Justice Juan Carlos Campo was the one who drafted the pardons for those convicted of the 'procés'.

In a comment on Twitter, Abascal has thus censured the government's decision to appoint Campo and the former adviser to the Moncloa Palace Laura Díez as members of the Constitutional Court.

"The autocrat knows that he can only destroy Spain if he destroys the independence of all the institutions that are still standing. There is only room for frontal opposition," he claimed before the Executive's decision.

This same Tuesday, the parliamentary spokesperson for Vox, Iván Espinosa de los Monteros, has called on the Popular Party to maintain an "infinite distance" from the Government and has pointed out that the appointments to the TC show the "little respect" that Sánchez has for the institutions and its independence.

"It is increasingly evident that this PSOE has totalitarian airs and wants to control all the organs of our democracy," Espinosa de los Monteros has deepened after the Government's decision to name the two candidates for the TC that corresponds to it by quota without waiting for them to the General Council of the Judiciary (CGPJ) designates the other two who complete the third of four magistrates pending renewal.

‹ ›
Keywords:
Pedro SánchezVOXSantiago AbascalIndultosJuan Carlos Campo
Your comment has been forwarded to the administrator for approval.×
Warning! Will constitute a criminal offense, illegal, threatening, offensive, insulting and swearing, derogatory, defamatory, vulgar, pornographic, indecent, personality rights, damaging or similar nature in the nature of all kinds of financial content, legal, criminal and administrative responsibility for the content of the sender member / members are belong.
Related News