Aauri Bokesa widens the controversy with Spain's list for the European 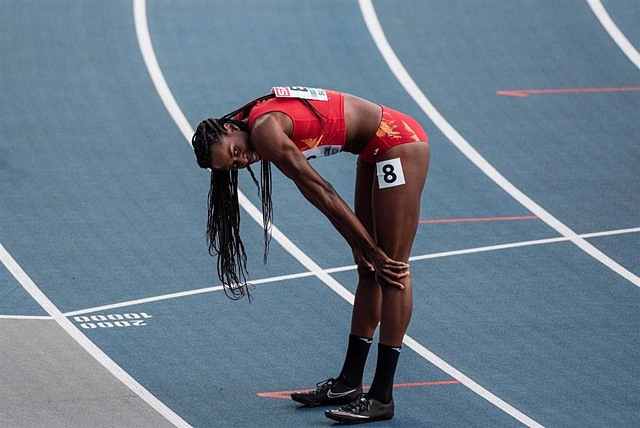 The Spanish athlete Aauri Bokesa launched a forceful criticism this Wednesday against the Royal Spanish Athletics Federation (RFEA) after not entering the individual call for the European Championships in Munich (Germany), revealing the confirmation she had from the coach and the feeling of having been "trampled".

"As you know, on Tuesday the RFEA did not include me in the squad for Munich in the 400m. This was a tremendous surprise, because as you can see in the WhatsApp screenshot, the coach had 'confirmed' that it would be so" , says the Madrilenian, while showing on Twitter those messages in which the national coach, José Peiró, tells her: "I keep you on the list."

"Before traveling to the World Cup, I agreed with the person in charge of speed and the coach that my fitness would have to be assessed in training and Eugene's relief (my post was the fastest). This was because three weeks in the USA it was impossible for me to carry out individual tests in which to demonstrate my level. Upon knowing the list, I made a formal appeal to the Federation, alleging the following points, "he adds.

Bokesa explains that last year she achieved "the best mark for a Spaniard born in Spain, which was also a European and world minimum", and that "said mark (51.08)" places her "eleventh in the qualifying ranking for this European", with place in the call only for the 4x400 relay.

The Madrid athlete also denounces that the RFEA was slow to detect an injury in the Belgrade Indoor World Championship. "The injury that has not allowed me to compete this season was generated in the Indoor World Championship, in which the Federation's medical services were not able to detect it, which led to the injury getting worse," she explains.

Bokesa insists on its performance in recent competitions, despite which it did not find a favorable response to "this appeal". "Do you think this is the way to respond to a person who has been international 30 times? Who only 11 months ago made the best record of a Spanish woman born in Spain? For whom has she been 12 times national champion? me, it's absolutely embarrassing and humiliating," he says.

In addition, the Madrilenian, captain of the Spanish team, summarizes her discomfort in a letter, with "totally broken feelings about what could be" her last European. "I am left without the European Championship at the individual level, after being in the best shape of my life and having been injured in part because the Federation failed to detect that it was broken," she says.

"Thank you RFEA for not only trampling on our work but also making us feel stupid. Sometimes I find it hard to believe that Raúl Chapado and Antonio Sánchez have been high-level athletes," adds a Bokesa who, however, will have to seek "motivation" since She will be in Munich as captain and member of the relay.

The Spanish list for the European Championship on German soil between August 15 and 21 was made official on Tuesday, with 93 athletes, although the casualties of Fátima Diame and Bernat Canet were already announced on Wednesday. As a few weeks ago on the occasion of the Oregon World Cup, the controversy was not long in appearing.

Asier Martínez, bronze in the United States, launched the loudest protest on social networks, critical of the fact that the RFEA did not include several athletes who had a minimum for Munich, such as the high jumper Carlos Rojas, the triple jumper José Emilio Bellido or the hurdler Daniel Cisneros.