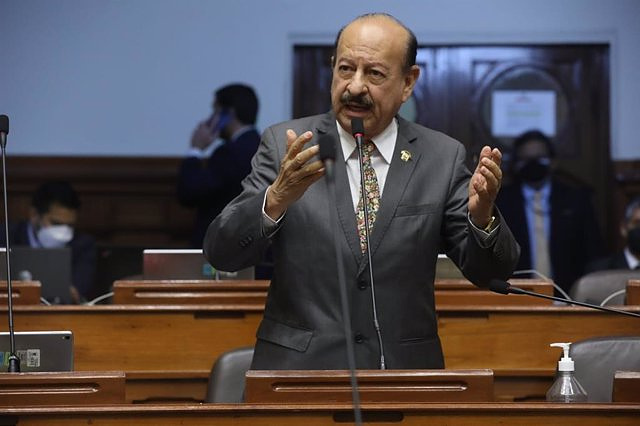 The third vice president of the Congress of Peru, Wilmar Elera, presented his resignation from office on Tuesday after being sentenced to six years in prison for collusion crimes, less than a week after being appointed to the post.

"I am pleased to address you to inform you of my resignation from the third vice-presidency in the board of directors of the Congress of the Republic, for which I was validly elected in parliamentary elections on July 26 of the current year," Elera has expressed in a statement to which 'Diario Correo' has had access.

Specifically, the now former vice president of the Peruvian Parliament has assured that his departure is due to the ruling of a Peruvian court that affects his "constitutional rights, and with which I categorically do not agree or accept." Elera had not been in office for even a week, since he was appointed by the new president of Congress, Lady Camones, on July 26.

The Specialized Criminal Court for Crimes of Corruption of Officials has sentenced Elera to six years in prison for his participation in a case of improvement of a sewage system in the north of the country in which the State would have been defrauded.

He was the supervisor of the work to improve and expand the drinking water and sewage system of the municipalities of Pacaipampa, Ayabaca and Piura, in the department of Piura, in the northwest of the country, as reported by 'La República'.

The congressman has already announced that he will exercise his "right to a plurality of instance" and will challenge the sentence issued by the court.