A prisoner convicted of sexual assault, among the 34 arrested for crimes of child pornography on the Internet

One arrested had images of his half-naked daughter and another exchanged illicit material with his partner. 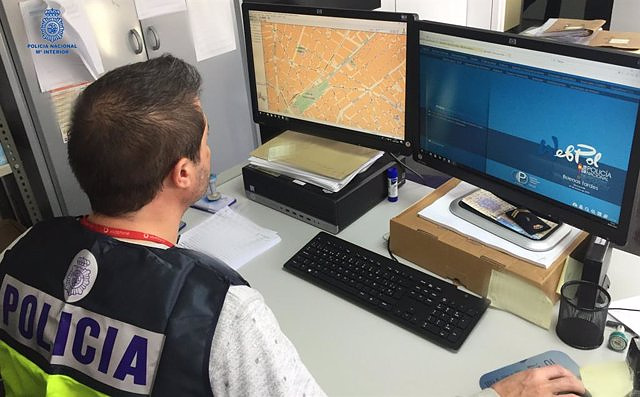 The National Police has arrested 34 people in different parts of Spain for crimes against the sexual freedom of minors through the Internet, including a prisoner who was already serving a sentence for a sexual assault and for whom judicial authorization was requested to his arrest for the new facts.

Another of the detainees had images of his half-naked daughter and another exchanged illicit material with his partner, as reported by the National Police.

The arrests have been carried out after the United States Embassy reported about 40 individuals, located throughout the national territory, and who had used their mobile phones to store and exchange files with child sexual exploitation content with other pedophiles. .

In this way, one of the objectives of the investigators focused on a prisoner, for whom they requested judicial authorization to proceed with his arrest, this time, for acts related to child pornography.

The operation began in July 2020 as a result of information from the United States Embassy based in Madrid, which informed the Central Technological Research Brigade of the existence of various connections in Spain from which it would be distributing, through the Internet, child pornography material.

Specifically, the information received stems from a large number of complaints made by the National Center for Missing and Exploited Children (NCMEC). The Police have warned of the use of mobile phones by pedophiles, who use these terminals "individually, as well as linked or synchronized with other computer equipment."

In the province of Alicante, the Police located another repeat offender as a result of an entry and search procedure at the home of an investigator with a record for identical events in 2018. Specifically, it was discovered that he exchanged illicit material with another man, which turned out to be his sentimental partner, with whom he lived, so he was also arrested.

In Valencia, an individual was detected who possessed a large amount of material related to the sexual exploitation of minors. During the analysis of his telephone terminal it was found that he stored images taken of his own daughter, a minor, half-naked and in explicitly sexual poses. With his arrest it was possible to save the minor.

In Madrid an individual was arrested for distribution of pornography. During the practice of the entry and search diligence, it was verified that he had conversations of a sexual nature with minors, whom he invited to meet to give him gifts, all with the intention of having sexual relations, therefore imputing him a crime. of 'child grooming'.

A large number of data storage devices have been intervened, which generates a subsequent effort on the part of the Police Units acting in the face of a detailed analysis of the same in order to extract the information related to these illicit acts, as well as the identification of potential new victims of child sexual exploitation.

‹ ›
Keywords:
Abusos SexualesPolicíaDetenciones
Your comment has been forwarded to the administrator for approval.×
Warning! Will constitute a criminal offense, illegal, threatening, offensive, insulting and swearing, derogatory, defamatory, vulgar, pornographic, indecent, personality rights, damaging or similar nature in the nature of all kinds of financial content, legal, criminal and administrative responsibility for the content of the sender member / members are belong.
Related News