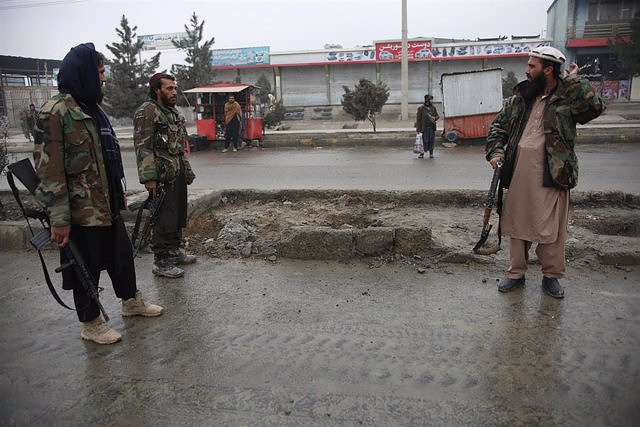 The west of the Afghan capital, Kabul, has once again been the scene of another detonation after the attack that yesterday left at least eight dead and 18 wounded.

Like the one on Friday, the explosion occurred in the capital's sixth district, in the Pul e Sujta neighborhood, and has so far left an undetermined number of victims, according to sources from the Hasht e Subh channel.

"Eyewitnesses say that the bodies and the wounded are being transported to hospitals by Taliban military vehicles," the outlet said.

The Taliban have not yet commented on this incident.

‹ ›
Keywords:
AfganistánKabulTerrorismo
Your comment has been forwarded to the administrator for approval.×
Warning! Will constitute a criminal offense, illegal, threatening, offensive, insulting and swearing, derogatory, defamatory, vulgar, pornographic, indecent, personality rights, damaging or similar nature in the nature of all kinds of financial content, legal, criminal and administrative responsibility for the content of the sender member / members are belong.
Related News