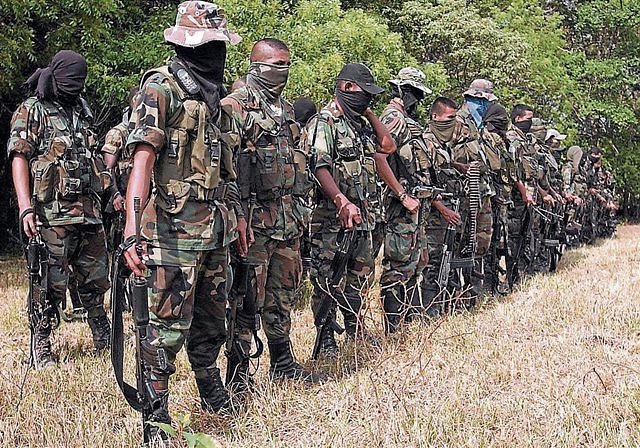 The 40th judge for the control of guarantees in Bogotá has issued an order to release the former paramilitary Guillermo León Acevedo Giraldo, alias 'Memo Fantasma', accused of being responsible for money laundering of the paramilitary organization United Self-Defense Forces of Colombia (AUC). .

The judge has verified that 242 days have passed since the statement of charges was presented without the trial against Acevedo, detained since July 2021, having begun. Despite being released due to the expiration of terms, he will continue to be linked to the process for allegedly financing to paramilitary groups.

Acevedo was charged with the crimes of aggravated money laundering, illicit enrichment and aggravated conspiracy to commit a crime after the impossibility of explaining the origin of 17,300 million pesos (more than 3.8 million euros).

At the time, the judge who issued a prison order warned that the accused could obstruct the administration of justice and stressed that money has already been offered to obtain information about the process.

'Memo Fantasma' would have allegedly participated in several real estate deals in Colombia, including one in which the husband of the Vice President and Minister of Foreign Affairs of Colombia, Marta Lucía Ramírez, the architect Álvaro Rincón participated.

Specifically, he would have tried to launder 54,000 million pesos (about 12 million euros) from the Central Bloc of the AUC with the purchase and sale of 46 properties.