Led from Hamburg, the hashish and marijuana supply network was located in the provinces of Malaga and Granada. 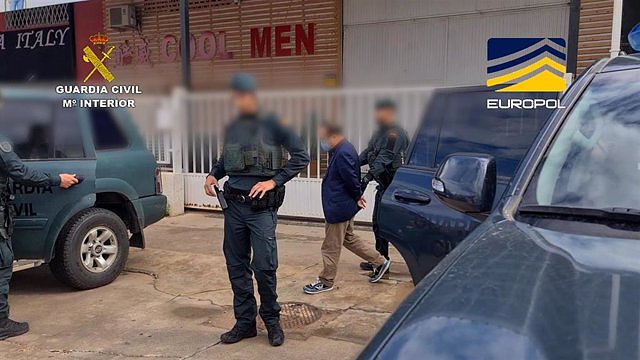 Led from Hamburg, the hashish and marijuana supply network was located in the provinces of Malaga and Granada

The Civil Guard has dismantled this Monday a criminal organization dedicated to transporting large quantities of marijuana to Central Europe. In the operation, 44 people have been arrested in various provinces of Spain and 4.2 million euros, 51 kilos of hashish, as well as vehicles and weapons have been seized.

As reported by the Civil Guard in a statement, it is Operation SCHULD, which began at the end of 2021 when agents detected in Malaga a person who had taken over the reins and leadership in Spain of an "important clan German family", based in Hamburg.

This individual was the brother of the former leaders of this clan, who were imprisoned in the German country for acts related to organized crime and drug trafficking. Now, his objective was to rebuild the criminal infrastructure that the organization had had on the Costa del Sol, according to the agents.

Those investigated were already known to the Civil Guard, since this network had been dismantled in 2018 in Malaga in the so-called Carambolas operation. Thanks to this, the investigators identified a person, of Moroccan origin, delegate of the criminal network and key in his activity.

Through monitoring, it was verified how this person received instructions under supervision from Germany, structuring the different cells of the organization. He was also in charge of obtaining the financing and the movement of cash for the development of transport operations and the regular flow of marijuana and hashish consignments from Spain to Germany, according to the Civil Guard.

The organization was structured in a complex network divided into steps with a defined criminal role, with leadership and leadership exercised from Hamburg (Germany). Meanwhile, the hashish and marijuana supply network was located in the provinces of Malaga and Granada.

In terms of financing, the large amounts of money to pay for drug consignments were transferred from Germany through the "Hawala" system, using retail businesses related to people of Asian origin located in the province of Malaga. and other residents in Madrid.

As the agents have explained, once the money was collected by the "post office", it was transported in vehicles with sophisticated double bottoms with hydraulic opening until the "payment" of drug consignments was made directly to the "suppliers".

Subsequently, the drug consignments that were hidden in nurseries were transferred weekly to Germany, on a regular and constant basis, with front transport companies located in the province of Zaragoza. To do this, they used large-tonnage international freight trucks or caravans, pretending to be a tourist activity.

In this same operation, the meritorious has reported that at the end of last year several shipments to Europe were intercepted, one in the province of Huesca with 100 kilograms of marijuana and two people arrested and another in Granada with 250 kilos and two more detainees .

Likewise, between the months of January and February 2022, the investigators focused on the investigation of payment and financing methods, intercepting up to three "mails" in Lepe (Huelva), Malaga and Loja (Granada), with a higher amount being apprehended. to 1.1 million euros.

Later, in March 2022, the considered leader of the organization moved from Germany to Malaga to give instructions and directly supervise one of the shipments, in which a large-tonnage rented refrigerated truck would be used.

His plan would be frustrated when the truck was intercepted and its driver, of Polish origin, arrested at the La Jonquera border crossing (Gerona) with 167 kilograms of marijuana hidden among a legal load of oranges.

Shortly after, another motorhome chartered by the criminal organization was intercepted in France, transporting 123 kilograms of marijuana, resulting in the arrest of two more people.

Once all the members that made up the criminal network were identified, the competent court was asked to simultaneously carry out 50 entries and searches, 2 of them in Hamburg, and the rest in the provinces of Malaga, Granada, Huelva, Cádiz, Zaragoza and Madrid.

In the simultaneous searches, 3,170,066 euros in cash were seized, more than 20 high-end vehicles, notorious amounts of marijuana and hashish, a short 9mm firearm and two taser pistols, 12 money counting machines, a GPS tracking device and documentation of interest for the investigation.

‹ ›
Keywords:
Guardia CivilDetencionesMarihuana
Your comment has been forwarded to the administrator for approval.×
Warning! Will constitute a criminal offense, illegal, threatening, offensive, insulting and swearing, derogatory, defamatory, vulgar, pornographic, indecent, personality rights, damaging or similar nature in the nature of all kinds of financial content, legal, criminal and administrative responsibility for the content of the sender member / members are belong.
Related News