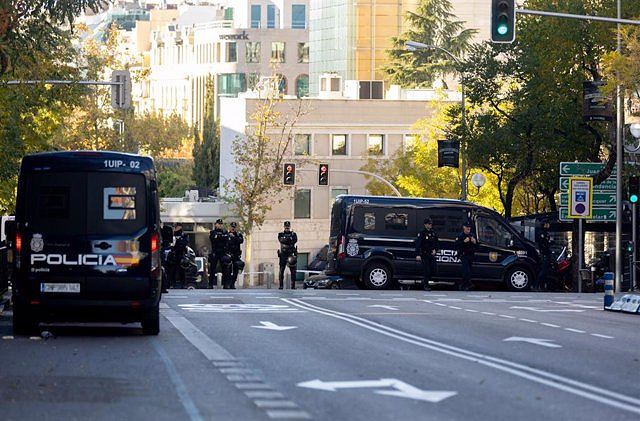 The National Police have arrested a man in Miranda de Ebro (Burgos) for his alleged relationship with the sending of the explosive letters that last November were sent to the Prime Minister, Pedro Sánchez, and to other organizations. Investigation sources have confirmed to Europa Press that he is a 74-year-old retiree and that he has been arrested in the aforementioned town.

On November 24, a letter with explosive material addressed to the President of the Government, Pedro Sánchez, which had been sent by ordinary postal mail, was detected. The services of the Security Department of the Presidency of the Government detected the letter in the tasks of screening and filtering correspondence.

Five other letters similar due to their characteristics and content to those received by the Embassy of Ukraine and the Embassy of the United States in Madrid, by the Instalaza company in Zaragoza, by the European Union Satellite Center located at the Torrejón Air Base and by the Ministry of Defence. A security guard from the Ukrainian Embassy was injured by the explosion of one of the devices.

‹ ›
Keywords:
Pedro SánchezPolicíaDetenciones
Your comment has been forwarded to the administrator for approval.×
Warning! Will constitute a criminal offense, illegal, threatening, offensive, insulting and swearing, derogatory, defamatory, vulgar, pornographic, indecent, personality rights, damaging or similar nature in the nature of all kinds of financial content, legal, criminal and administrative responsibility for the content of the sender member / members are belong.
Related News