Women entrepreneurship : the threat of the ghettoization

For professor Maura Mc Adam, the public policies based on networks that convey a masculine view of entrepreneurship, ghettoisant women. Decryption by Séverine L 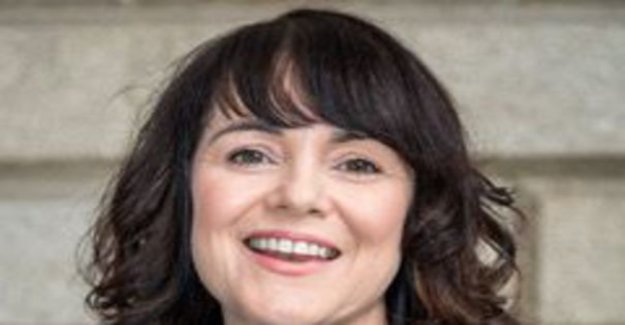 For professor Maura Mc Adam, the public policies based on networks that convey a masculine view of entrepreneurship, ghettoisant women. Decryption by Séverine Le Loarne-Lemaire*.

France is ranked 6th in the world ranking of countries where it is good to take to the women after the results of the study of R. Aidis published in 2017 (1). However, in 2019, Infogreffe records a rate of businesses owned by women of 26.7% (a figure that includes self-entrepreneurship, but that excludes the liberal professions), well below the objective of 40% for many years under the Hollande presidency, and reiterated last week by Marlène Schiappa, the current secretary of State for equality between women and men.

France is home to over 500 networks of support for women entrepreneurs. All want more business creations by women, whether they are innovative (First), impacting (FCE), profitable (Move your Box), generate employment (entrepreneurship Network), that they offer to the mom ruling serenity, but also income (Mampreneures). Some are mixed. Others are exclusively female, since they are intended to help just the women in their exercise of entrepreneurship. Without having been initiated by them, all have in common to be the cornerstones of public policies to stimulate female entrepreneurship. But with what results ?

While the State secretariat for equality between women and men has launched a campaign with France Active for that female entrepreneurship contributes to the recovery after the crisis of the Covid-19, the question arises as to the effectiveness of public policies in favour of women entrepreneurs.

ALSO READ>> women Entrepreneurs in the heart of the recovery, not so simple !

That one is in France, the United States, (2) or elsewhere, the recipes used are more or less the same.

However, these are precisely the effects of these revenues that Professor Maura Mc Adam, Dublin City University, denounces. This specialist on female networks has carried out for many years, research on the role of networks in women's entrepreneurship in all its forms (family, formal networks, etc), in different countries (Ireland, Saudi Arabia, etc.) and most of all, different contexts (entrepreneurial mothers, migrants and immigrants, according to the religious confessions...).

A masculine view of entrepreneurship

In a recent article published in the latest issue of the Journal of Economic Geography, it shows the limits of public policy, north-irish, who are to subsidise the formal networks to support women's entrepreneurship, whether they are mixed or not. Based on the feedback from women and their chaperones from 14 networks in Northern Ireland, Maura mcadam and his colleagues highlight that the policies of support for women's networks carry a masculine view of the female entrepreneurship, which does not correspond to the reality lived by the women entrepreneurs.

The creation of the enterprise by a woman is mainly seen as a problem, an imbalance that must be addressed. To do this, the networks create circles of a meeting, where invited leaders and "role models" meant to inspire the participants.

Only, the "role models" relied on are often women who have created large enterprises, the employment, who are from large cities and economic hubs the major... in Short, who have succeeded under the rules of an entrepreneurship that McAdam describes as the "masculine" : namely, an event created by a man and his associates, involving 80 hours per week, which localizes in areas where there are markets and funders, and aims to a strong growth. The support actions-associated go in the same direction.

The negative effect of networks

However, "stating assist women entrepreneurs, these policies contribute to the ghettoiser," said Mc Adam. These policies confuse the network as structure and network as a function". Certainly, the structure is there, but instead of creating social capital that serves as the business practices, which may generate sales, these networks create exchanges between women who are stay between them, "as in silos". They find emotional support, but not the concrete opportunities to their business. Worse, some spouses, partners, and other stakeholders stigmatize them saying "you join your club of good women".

Finally, these circles sometimes lead to a negative competition, inviting women to compete not only among themselves but also to ideals that do not match. This phenomenon is especially acute when women engage in entrepreneurship in geographical areas remote from the major economic centres and that they do not seek necessarily to move their business. And Mc Adam concludes : "with these networks, women do not have the ability to access the economy."

Changing public policy rather than the practices of women

Deliberately, the research of Mc Adam focused on women entrepreneurs who operate in sectors of activity very different but are all irish strain. Mc Adam believes that this phenomenon of ghettoization threat even more women who would be from racial minorities, or social, or geographical areas-economically vulnerable if they were to join networks to expand their business.

so What can you do ? For Mc Adam, the solution lies not in the alignment of the practices of the women on the standards of men but in the acceptance of different standards, more "feminine" and above all, more adapted to the realities of the economy of small towns and rural areas. "The challenge is to ensure that the structure that is the formal network generates social capital, or contacts to ensure that women, wherever they may be, can generate the business, find customers, suppliers. Regardless of if the terms differ from the practical men of the time that women are fully integrated in the economy".

(1) Ruta Aidis (2017), Where is the best place for women's entrepreneurship, Studies conducted and sponsored by The Dell Company.

terms and conditions of employment, the key to equality in the home business Management : this irreducible glass ceiling inequality between men and women persist among the young managers

(2) on this subject, See the book of S. Shane (2017) The money illusion. The thesis of this researcher is based on the fact that an economic recovery in the United States based on entrepreneurship and generating new jobs created must not rely on women entrepreneurship or "social minorities".