the Medef and the CPME refuse to resume discussions on vocational training. Cause: an arm of iron with the regions on the piloting of the learning. Nothing goe the Medef and the CPME refuse to resume discussions on vocational training. Cause: an arm of iron with the regions on the piloting of the learning.

Nothing goes between the employers ' organisations and the government on the subject of training. The next meeting on reform, scheduled for 26 January, will not take place. After the CPME yesterday, the Medef announced today that refuse to get back around the table of discussions.

In a letter sent to the trade unions and the employers (of which AFP has obtained a copy), Florence Poivey, the leader of the employers ' organisation, writes that his organization is "still not in a position" to resume the negotiation, "due to the lack of new information on the environment in which these discussions would be".

the piloting of The learning, apple of discord

After the announcement last week of these two employers ' organisations to suspend trading, the ministry of Labour has convened the social partners in bilateral meetings this week, Tuesday to Thursday. Just lost apparently.

The object of discord? The reform of learning in which a consultation is conducted in parallel. The folder is being eroded by an arm of iron between the regions which wish to retain its management and the board which considers that it should be in the hand.

READ ALSO >> Training, learning... What we know of the reform desired by Macron

Jean-Claude Mailly, secretary general of FO, was supported in part by the employers, claiming that learning is driven by the trade unions and employers ' organizations. The regions have "other missions" are important to manage, according to him.

On January 23, Hervé Morin, president of the Regions of France, had stated that the regions could break out "of any device on the learning" if the government decided to entrust the steering to the Medef"...

READ ALSO >> education Reform: "A CPF improved is a good thing... on paper"

"We're eager to resume bargaining, but the conditions are not met so that we can do", explained yesterday Jean-Michel Pottier, vice-president in charge of social affairs at the CPME, to the output of the bilateral, providing that they have not had "any response" the ministry "to his questions". Among the objectives of the CPME): "return the head of the company at the centre of learning"; to have an observatory to define the needs of businesses, with a piloting of professional branch and get a "direct funding and transparent learning through a funding agreement" (depending on the number of persons enrolled in an apprentice training center).

The U2P (commerce, artisans, liberal professions) has a less adamant and believes that the regions should continue to play a role in the financing of training Centres for apprentices (CFA).

reform Pénicaud of the vocational training

alternative Medicine : the boom of the training canister Training for the unemployed: Macron wants to do better than Holland, 2019, black year for training?

The two files: training and learning should lead to a draft law in the spring. Are you of the sanctions by refusing to disclose your... Investments: beware of the illusions of the tax exemption 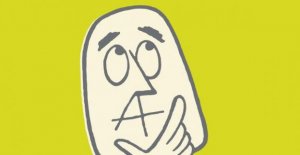 The 7 weaknesses of recruiters (and how to take advantage...