A new director general for the Centre Jacques Cartier

The Franco-Canadian Nathalie Hamel was taken at the beginning of April, the reins of this agency of international cooperation which organizes the annual Entreti 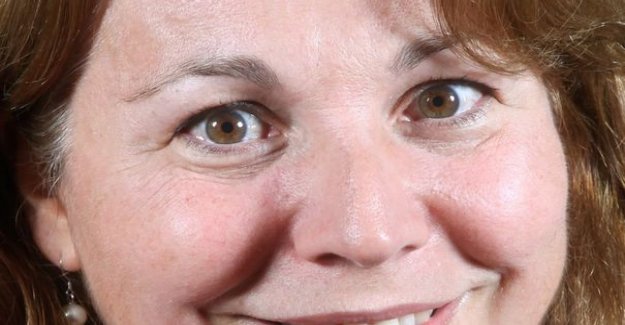 The Franco-Canadian Nathalie Hamel was taken at the beginning of April, the reins of this agency of international cooperation which organizes the annual Entretiens Jacques Cartier.

His state of mind ? "Proud and happy". The Franco-Canadian Nathalie Hamel is since the beginning of April the new executive director of the Centre Jacques Cartier, the international cooperation agency which is the bridge between Quebec and France (and more particularly the region of Auvergne-Rhône-Alpes). "I gathered everything that I love, especially my two regions of the heart, because I am from Montreal and I have long lived in the region Auvergne, Rhône-Alpes, smiled the chemist of training to the career (in particular, it is increased by Rhone Poulenc, IFPEN, Lafarge and Saint-Gobain) and placed under the sign of the international (she has lived in the netherlands, Qatar, Japan or even the United States). "This makes me also very happy to be able to work in the field of research, on news topics, while highlighting the francophonie !"

Since its creation in 1984, the Centre Jacques Cartier seeks, in effect, to strengthen and develop economic exchanges, academic, scientific and cultural between the Hexagon and the Beautiful Province. The strength of its network of more than 70 public and private partners, it organises every year, alternatively in France and in Canada, the Entretiens Jacques Cartier (EJC). This forum, top of the range, with experts, researchers, policy makers, representatives of associations and entrepreneurs French and canadians, became, year by year, a marker staple of the franco-québécoise, and a space for sharing knowledge as well as networking.

For The Express, Nathalie Hamel outlines its roadmap for the coming months and details of the organization - necessarily reinvented - the edition 2020 of the EJC.

What guidance would you give the Centre Jacques Cartier ?

Nathalie Hamel : We are currently working on three strategic axes and on the concrete actions that may result from it. The first idea would be to put the Centre Jacques Cartier, in the service of innovation shared by mobilising new actors (start-ups, SMES, laboratories, etc) to try to generate new projects and cross-fertilisation. The second axis would be to more closely link these new themes to the issues of society. We would like to be a little more visible to the citizen in order that the approach of the scientists is also nourished by the ideas and achievements of the civil society and that the inspiration is mutual. During the pandemic, scientists have been more present in the media, both in France and in Quebec, and I think that this different visibility has been beneficial to the researchers themselves but also to officers and the public at large.

Finally, the third axis, this is the economic development. A lot of things have been done by my predecessor in this area, but I would like to mobilize other types of partners (such as the competitiveness clusters, collaborative platforms, incubators, accelerators, etc) It would boost our network and create new alliances. I would also like to create more synergies in transatlantic, perhaps by including other cities and other territories : on the canadian side, the francophonie is present in the whole country and we can think of the openings to the maritime provinces or Ontario, for example. On the French side, there's a lot already a lot of potential in the region Auvergne, Rhône-Alpes and we'll solidify that base ; but I think that we can, within the framework of certain projects and partnerships, and expand little by little the circle. I also want to get more women in the governance and in the events.

The bilateral relationship France/Québec can play a special role in the troubled times the world is going through ?

N. H. : The history of the virus Covid-19 is that of a wave, which started in Asia before it hit Europe and then America. Each time, we've looked at this as did our neighbors to try to learn through them and we learn from their good practices. This proves that we cannot make abstraction of the globalization in our thinking. Even if all the countries went through a phase of refocusing on the "local" - this dimension is also important to dig in, of course - we still need international relations preferred. And, in times of crisis, it is to his friends, those with whom we have forged a bond of trust for a long time, that we prefer to turn. This is the case for France and Quebec, which have a strong relationship ever since.

By the way, when we have contacted all our partners to say that we were not going to cancel the next Entretiens Jacques Cartier, but the transform, I can tell you that they have been relieved ! There is a desire to meet, to generate ideas and knowledge.

The Entretiens Jacques Cartier will take place alternatively in France and in Canada (here, the edition 2019 Quebec)

Precisely what will look like the edition 2020 of the EJC ?

N. H. : It will be in two phases : a virtual summit which will be held from 2 to 6 November 2020 and then a meeting, presentiel, in the spring of 2021. The virtual edition will be totally free - and therefore accessible to the greatest number. It will be built around our eight thematic areas, the usual : "health and life sciences", "energy and sustainable development", "mobility, territories, smart cities", "social and economic issues", "finance and legal affairs", "digital & technology", "entrepreneurship" and "culture, art and performance". We just select the 27 participating projects. Each of these conferences will last about three hours, but the organisers will have the possibility to extend it by a round-table discussion, video vignettes, point of views, etc (the detailed program will be announced in early September). We have also planned time for networking, with a dedicated room : each partner will have one booth, participants will be able to leave their business card and chat will be organized. I think the link between players will be even easier compared to an organization that is "classic", because when you want to reach someone in a room of 600 people, it is sometimes complicated !

The second phase of the EJC, which is scheduled from 25 to 27 may, will also be transformed because it will be the continuity of the event of November : I hope that it provides conclusions, refunds, and advances around the actions launched during the virtual summit. Concretely, this will probably mean fewer conferences that last several days and more time working in common for the different actors. But this will not prevent us to propose the highlights in each city (Lyon, Saint-Etienne and Clermont).

Toronto loses the project of "Google City", but wins a community French Tech In Quebec, the French invented the first "Google 3D" Employment and business in Canada, the sights

in the future, I would like to keep this "formula" of the EJC in two time, but also offer events throughout the year through our 3D platform. If the crisis has forced us to change our mode of operation, it has finally also been the opportunity to renew ourselves.