52% of Catalans reject independence and 41% support it, according to the CEO 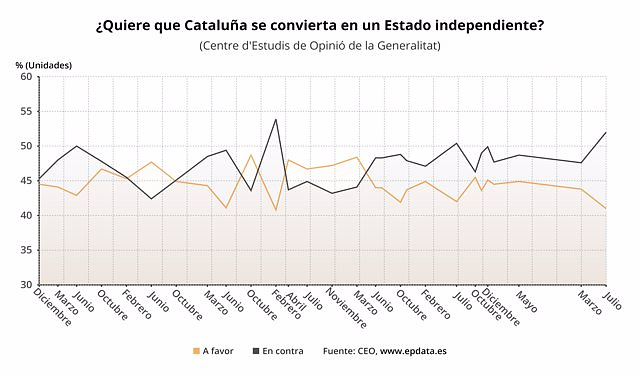 52% of Catalans reject Catalonia becoming an independent state, while 41% do support it and 7% do not answer, according to a survey by the Center d'Estudis d'Opinió (CEO) of the Generalitat.

The survey, which corresponds to the second wave of the 2022 Public Opinion Barometer, was carried out with a sample of 2,000 people between June 7 and July 7.

The percentage of supporters of independence drops by three points compared to the previous wave, when 44% declared that they supported it, and that of citizens opposed to independence is the highest since 2015 --in the last wave it was 48%, with which goes up by four points--.