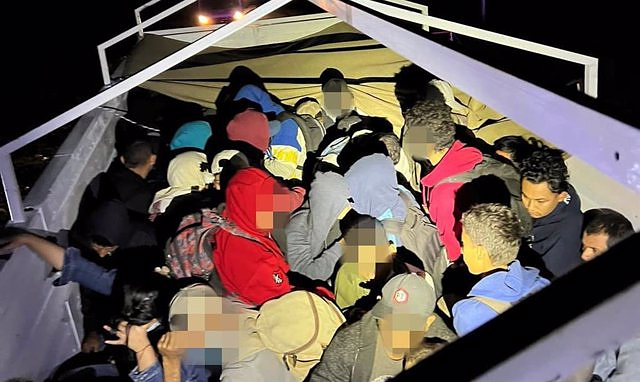 Agents of the National Migration Institute (INM) of Mexico found 266 migrants crowded into the double bottoms of three trucks in the municipality of Galeana, in the state of Nuevo León, in the north of the country.

During the early hours of the morning, the INM services have received an anonymous call warning of the transfer of children and adults in trucks, which has led them to find two hundred people hidden in the dark in the back of the trucks, according to has detailed 'Aristegui News'.

Due to the large number of overcrowded migrants, they have been transferred to the Galeana Municipal Auditorium, where they will spend the night.

As part of the INM's tasks, 80 migrants from Guatemala, 78 from Nicaragua, 48 from El Salvador, 26 from Cuba, 19 from Honduras, 13 from Ecuador and two from the Dominican Republic have been identified, according to Tv Azteca. .

Of the 266 foreign migrants, 62 traveled as a family unit, in addition to 19 boys and one girl, minors unaccompanied by a relative.