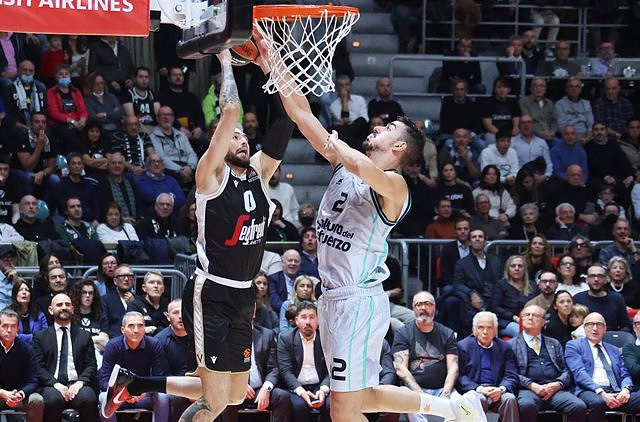 Valencia Basket defeated Valencia Basket (96-100) this Thursday in matchday 10 of the Euroleague held at the bustling Stark Arena in Belgrade, a victory worked in extra time to regain faith in the top continental competition.

Álex Mumbrú's team recovered the good competitive start of their return to the Euroleague and ended the streak of three straight losses. Xabi López-Arostegui (17 points and a PIR of 23) was the best and was also decisive with a last steal that prevented the Serbs from having possession to force a second overtime. Thus, the Spanish team surpasses (5-6) the Serbian in the table in search of the 'Top 8'.

Valencia once again showed that they can fight on the most demanding pitches of the Old Continent and against any rival. James Webb III (18 points and 9 rebounds) was the best starter and together with Jasiel Rivero (22) they dominated the paint. The rebound was from the visitor and only the lack of success prevented a better day for Valencia.

With a 1 of 11 three-pointer at halftime, Mumbrú's team lacked points and some defense against a Partizán that was ahead after two quarters (43-37), with good minutes from Nunnally and Lessort. In the restart, Radebaugh, with the steals, and Dubljevic, hitting the mark, kept the fight for the 'taronja' team.

Without the leadership of other days from Jones, it was López-Arostegui who took over the visiting command, while Lessort and Exum did damage for the locals (54-54). The game was even and so until the end, with small incomes and a distribution of hits and misses. Punter wanted to win the game for his people and Harper had the reply.

The last one was for Valencia but the game had five more minutes in which it was Mumbrú's team who went ahead. With everything, the atmosphere and the pressure returned to tighten the outcome, Valencia unable to kill, but alive to not leave a victory of those that escaped at the beginning of the course. A turning point to win when things get tight and to get out of the rut.