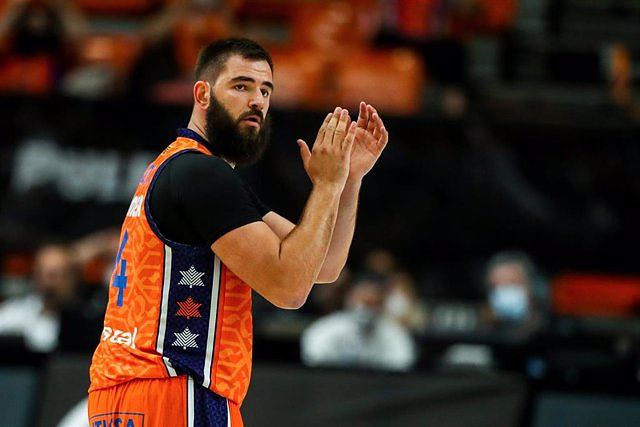 Los de Mumbrú sign a great triumph against ALBA Berlin, 2-3 in the Euroleague

Valencia Basket added its second victory in the Euroleague, the first at home, by beating ALBA Berlin on Thursday (87-73) on matchday five, a rival from the upper zone who received a good correction from the 'taronja', forceful at last in La Fonteta.

The third time was the charm for Álex Mumbrú's men in front of their audience and in the return to the top continental competition. Chris Jones (20 points and 8 assists), Bojan Dubljevic (16 and 7 rebounds) and Kyle Alexander (12) broke the Valencian jinx at home.

The battle began evenly, with great success, and Valencia tipped the balance by moving the ball a lot, winning the rebound and taking a step forward in defense in the second half. Alexander led the way in the second quarter and Jones came on top.

One of the new idols of La Fonteta was plugged in in the final stretch of the first half and gave Valencia a lead that continued to grow after the restart. The third quarter was even better for Mumbrú (66-49), reducing with defense and the good rhythm that the rebound gave the good game played by Koumadje, Procida and Lammers.

With Jones at the helm, Valencia seemed to have the game on track, despite a series of actions by Delow, with López-Arostegi making it 72-55 heading into the fourth quarter. Mumbrú did not lack resources, also with Claver, Puerto, Van Rossom and Radebaugh, avoiding the Berlin scare.

The German team recalled its dynamics this start and Olinde wanted to put fear into the body of a Valencia that has already let two local victories escape. However, between Jones and 'Dubi' they confirmed the first joy for the 'taronja' feud, with another good performance, competing regardless of the rival, and this time with a win.