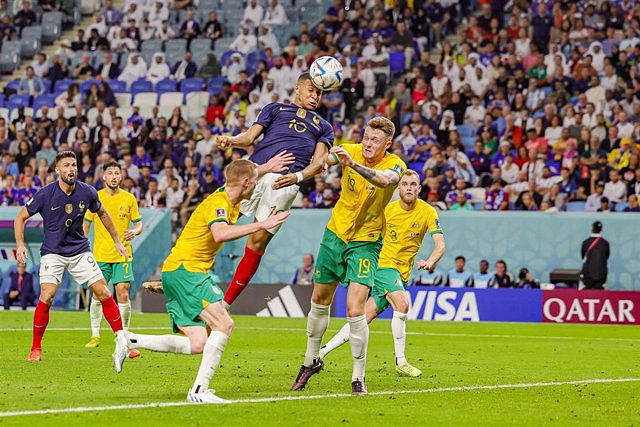 The second day of Group D of the World Cup in Qatar holds a direct duel between Tunisia and Australia for staying alive and hoping to go through, with some Tunisians who start with a point advantage against some 'aussies' who, if they lose, will say goodbye to the world cup event

Both arrive alive to the crash but may not come out the same way. Especially Australia, which knows that it will return home if it does not score. On the other hand, winning Tunisia would leave them alive for the last day, something that the Tunisians will try to avoid at all costs.

In the premiere in this World Cup, Tunisia achieved a draw against Denmark (0-0) leaving good feelings. It was a game with rhythm and chances, although without a goal, and that both teams collided with the sticks.

Tunisia resisted the 'Viking' offensive against all odds. With an imperial central Yassine Meriah, leading behind the 'Eagles of Carthage', the Africans showed courage at all times to bail out water. But not only that, they came to have control of the game, especially in the first half, and chances to score.

Now they will face an Australia that misses the times when it had Tim Cahill, Mark Viduka and Harry Kewell and that, together under Guus Hiddink, reached the round of 16 in the 2006 World Cup in Germany. Without stars, these 'socceroos' will try to extend their dream, after crashing against France (4-1) on the first day.

Graham Arnold's men went ahead of the 'bleus' through Craig Goodwin, when barely nine minutes had elapsed. After a great assist from Mathew Leckie, the striker finished off Hugo Lloris's squad with pleasure. However, they lost steam and could not help but leave with a win.

There is no 'all or nothing' for Tunisia, because whatever they do they will not be able to qualify or see themselves outside of Qatar 2022. So the pressure falls on an Australia that will have to try to dominate against some Tunisians who, on paper, have more ability to hold possession and also 'Águilas' capable of flying up fast.