The Netherlands takes the first ticket to the quarterfinals and puts an end to the American dream. 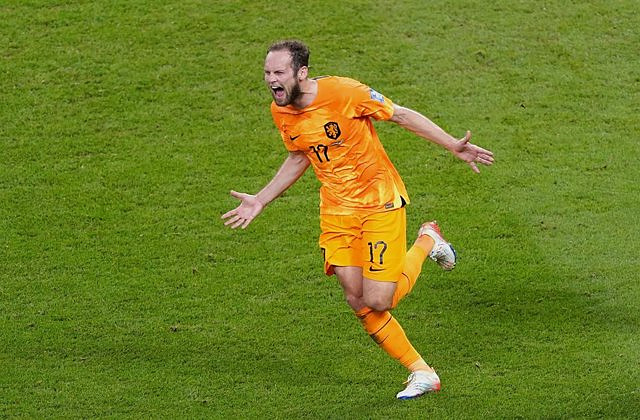 Louis Van Gaal's men exhibited a punch in the first half and, although the United States closed the gap, Dumfries cleared up the doubts

The Netherlands team got the first ticket to the quarterfinals of the World Cup in Qatar after beating the United States this Saturday (3-1), in a match in which the Dutch team exhibited punches with goals from Memphis Depay, Delay Blind and Denzel Dumfries, before a combative North American group that put an end to their American dream.

The first crossover of the round of 16 presented an attractive and even duel between two teams that left nothing in the pipeline in their attempt to gain a foothold in the next phase. The scoring efficiency of the Europeans tipped the balance in the first half, with a great Depay at the controls. Louis Van Gaal's men, who have not lost a game since the last EURO, will face Argentina or Australia in the quarterfinals.

The 'Oranje', under the pressure of seeing themselves as a favourite, preferred to wait for the stars and stripes team, who came out more determined at the initial whistle and made the first approaches to the rival area. However, the quality of the Europeans did not take long to come to light and, once they got into the match, they did not take long to hit.

Memphis Depay opened the scoring after a great play on the counter, which the Dutchman sent to save after gaining space from the entire North American defense. The Barcelona player thus converted the first shot of the match into the first goal for his team. Very good Netherlands in the triangulation, despite the fact that the control of the ball until now was being a thing of Gregg Berhalter.

From there, the tables changed completely and the dominance of Louis Van Gaal's men grew by the minute. Very well organized and with clear ideas, the Dutch team managed to bring the game to their own ground. Although Weah tried from the front and Dest had a couple of tackles, the Netherlands repeated the play that gave them such good results with the first goal.

Daley Blind scored the second just before the break after finishing off, unmarked, an excellent cross from Dumfries that the Ajax player did not miss from the edge of the area. Maximum effectiveness for Louis Van Gaal's men who went to the locker room with 100% success in front of goal, after scoring the only two shots between the three sticks they had.

Already in the second half, the exchange of blows between both teams anticipated what was the outcome of the match. With the United States focused on their rival camp, the 'Oranje' limited themselves to waiting for the counterattack, entrusting all their luck to their defensive solidity. Thus, Gregg Berhalter's men ended up finding the gap and were able to close the gap through Haji Wright.

The American attacker took advantage of a great ball from Christian Pulisic to beat Noppert and put 'Team USA' back into the match. However, their joy was short-lived when just five minutes later Dumfries finished off a Blind cross to dissipate any comeback attempt. Once again against the Netherlands they sentenced, now yes, a match that puts them directly in the quarterfinals and teaches the rest something more than a 'cover'.