The 'Guerreras', forced to beat the Netherlands

The 'Guerreras', forced to beat the Netherlands. 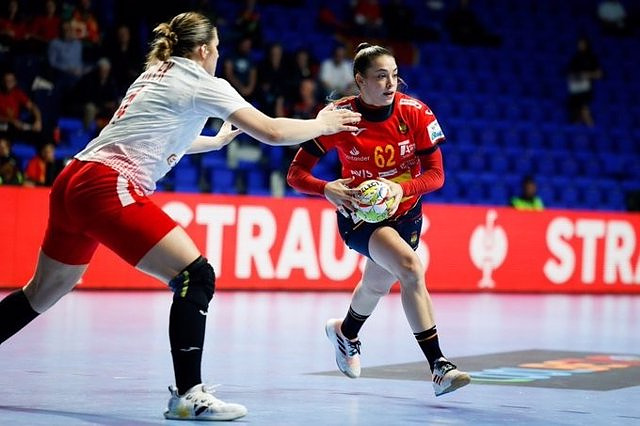 The 'Guerreras', forced to beat the Netherlands

The Spanish women's handball team faces this Sunday at the Boris Trajkovski Arena in Skopje against the Netherlands a vital match, almost a 'final', for their aspirations in the 2022 European Championship, which were almost broken after Friday's heavy defeat against Romania at its premiere in the 'Main Round'.

A powerful shot from almost the center of the pitch by Romanian left-back Bianca Bazaliu with a second to spare left the 'Guerreras' (28-27) speechless, who almost celebrated the point after a match in which they trailed behind for a lot part of the time. "It has been totally unfair that we have not added," said coach José Ignacio Prades. "I have nothing to reproach them for. I encourage them to get up because we have a final against the Netherlands," he warned.

Friday's defeat left Spain fourth in Group II with two points, two behind France and Montenegro, with one game in hand and who will face each other for the lead on Sunday. The options of accessing the semifinals are reduced, especially knowing that they must face the French team in the third and final day of the 'Main Round', but the 'Guerreras' cling to the possibility of a miracle.

Everything happens first to win the Dutch team, their executioner in the final of the 2019 World Cup in Japan with a controversial seven meters in the last seconds and that has won the last three games played between both teams.

To do this, he must improve his performance in attack, in which fluency was lacking again last Friday; in fact, Spain is the 'Main Round' team that averages the fewest goals per game (23.5), eight fewer even than Norway, with one game pending. In addition, he clings to the reliability of Nicole Wiggins, exceptional under the sticks in the first half against Romania, and the strength with which Silvia Arderius has arrived as a substitute for the injured Alicia Fernández.

Opposite, the Netherlands has also seen how their options to access the semifinals of the European Championship were complicated after falling to Germany on Friday (28-36), which the 'Guerreras' had managed to overcome two days before.

Despite a three-goal lead to start the match, Per Johansson's charges eased off until they conceded the most goals in a single game this tournament. They will now try to avoid their worst result in the competition since 2006, when the Dutch finished fifteenth.

"Facing Spain makes the game totally different. We have to adapt, we have to suffer and we have to be brave. Revenge will be our driving force and the motto of the players," said coach Per Johansson, who will have to deal with the loss of Kelly Dulfer, suspended for the red card she saw against the Germans.