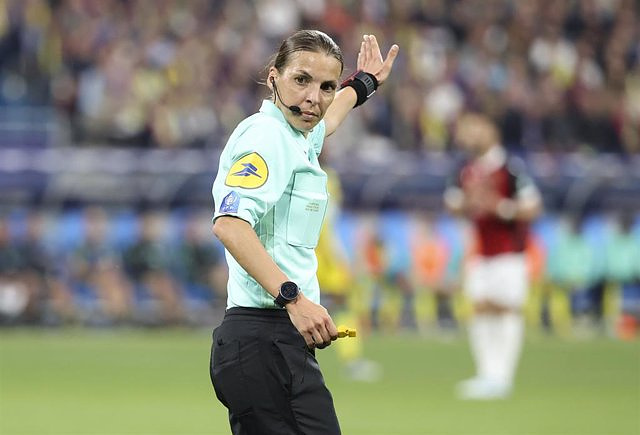 The French Stéphanie Frappart will become the first woman to direct as main referee a match of a final phase of a men's World Cup this Thursday, when she delivers justice in the match between Costa Rica and Germany on the third and final day of Group E.

FIFA has reported this Tuesday that the 38-year-old French braid will be in charge of refereeing the duel between the Central Americans and the Germans, in which the Brazilian Neuza Back and the Mexican Karen Díaz will accompany her as assistants in a historic female trio of referees

Until now, none of the three referees who have traveled to Qatar -Frappart, the Japanese Yoshimi Yamashita and the Rwandan Salima Mukasanga- had been selected as the main referee in this World Cup; Frappart and Back were the first women in history to participate in a men's World Cup, doing so as fourth referee and reserve assistant, respectively, in the Mexico-Poland match.